The miracle of chocolate? 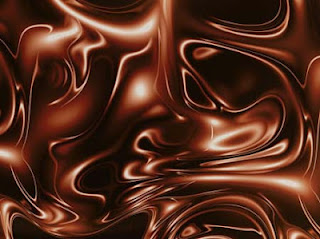 Stories about the potential health benefits of chocolate surface on a fairly regular basis. Those of us who would happily mainline chocolate may latch on to these stories but, as with most things, if it sounds too good to be true, it probably is.

In the latest news story, a Swedish study published in Neurology has found that chocolate may protect men against strokes. It found that men eating the most chocolate in the study group (63g/2.2oz) were 17% less likely to have a stroke.

In 2011, the BMJ published a study which found that the highest levels of chocolate consumption (more than two bars a week) were associated with a 37% reduction in cardiovascular disease and a 29% reduction in stroke compared with the lowest levels.

This study noted that 'Recent studies (both experimental and observational) have suggested that chocolate consumption has a positive influence on human health, with antioxidant, antihypertensive, anti-inflammatory, anti-atherogenic, and anti-thrombotic effects as well as influence on insulin sensitivity, vascular endothelial function, and activation of nitric oxide. These beneficial effects have been confirmed in recent reviews and meta-analyses, supporting the positive role of cacao and cocoa products on cardiovascular risk factors such as blood pressure, cholesterol levels, atherosclerosis, and insulin resistance'.

So there does appear to be some health benefit to eating chocolate. However (here comes the bad news), every study says that the fats and sugars in chocolate (even dark chocolate) have potential negative health risks. And every study suggests that it's the flavanoids in chocolate that appear to confer benefit.

Further research will probably show that a cacao-derived pill would confer the benefits and none of the risks. Which is no fun at all.

So all the articles that appear to be good news for chocolate eaters could just as well herald onions as potential lifesavers - except that wouldn't make for such good headlines.

It's unlikely that a bag of onions will replace a box of chocolates as the romantic gift of choice for men who forget their partner's birthday or their anniversary and stop off to pick something up on the way home from work. The British Onion Producers Association is not going to start paying for TV adverts modelled on the Milk Tray Man or ones with skinny women eating onions in suggestive ways.

But if you care about your loved one's health, giving them an onion would be a really romantic gesture. Shortly followed by it hitting your head. 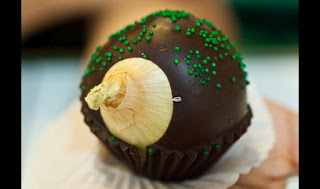 A chocolate-covered onion. So wrong.