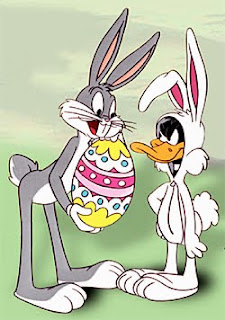 Hallelujah! He is risen! But who has?

Gods who die and come back again are standard issue in the ancient world. The symbolize the way the earth 'dies' in the winter and is 'reborn' in the spring, or the way 'dead' seeds go into the earth to be regenerated as next year's crops. There was also an element of sacrificial magic with the sacred king's blood fertilizing the earth, prefiguring the Christian's obsession with sacrificial blood. For early agrarian societies, this cycle was the focus of their lives.

The Christian myth is a cut and paste of far more ancient myths, or a 're-imagining' as Hollywood likes to say.

To look at just a couple, Herakles/Hercules died and rose again, then ascended to Heaven to be with his father. There was darkness when he died (an eclipse) and his followers used the phrase 'he is risen', which reappears in the Bible at Mark 16:6 without so much as a credit. Herakles died at the spring equinox too. I looked at the very many similarities between Herakles and Jesus here.

Osiris was another jack-in-the-box god who died and regenerated. He was also known as The Resurrection and the Life and The Good Shepherd. His followers took communion, eating his flesh in the form of wheat cakes.

Even a woman got in on the act: Persephone went into the underworld and returned each spring.

Nothing unique about the resurrection, then. Other Easter symbols are stolen too (or perhaps they're an 'homage').

The cross was a pre-Christian symbol representing the Tree of Life or the World Tree. It also appears in ancient Egyptian symbolism, among others. The Celtic cross combines the cross and a circle, an ancient yoni (female) symbol.

In Norse mythology, Odin hung on Yggdrassil, the World Tree, as a sacrifice. Hanging 'between heaven and earth' was all part of the day job for a god in the ancient world. Scarecrows are a relic of this hanging man. From divine symbol to bird-scarer and horror-movie staple is a bit of a come-down.

Early Christians had no cross and some even considered it a relic of pagan times. Its adoption came in handy for the Mediaeval Church who, never slow to miss a business opportunity, made a fortune selling splinters from it. It must have been a damn big cross given the number of splinters (and nails) it produced.

The Easter festival was named for the Saxon fertility goddess Eostre, a form of Astarte who dates back to Neolithic times in the Middle East. Her sacred month was Eastre-monath (the moon of Eostre). Incidentally, her name became the root of the word oestrogen. This is now disputed by some but the jury is still out. The Easter bunny was originally the moon-hare, sacred to the goddess in both eastern and western traditions. Hares were long associated with pagan beliefs, witchcraft and shape-shifting so the hare was softened into the much fluffier bunny.

UPDATE
As a good skeptic, I have to say that I have now learnt that the Eostre belief is a misconception based on no good evidence as we learn here and here:

'The idea that Eostre was the goddess of spring or fertility or dawn or whatever it might be is all later speculation, largely originating in nineteenth-century scholarship; the suggestion that she was associated with symbols such as eggs, hares or rabbits is similarly very recent. The Anglo-Saxons may well have had some kind of spring festival which gave its name to Easter, but we know nothing about what customs or practices that might have involved. People who say otherwise are speculating, with a greater or lesser degree of plausibility.'

'So where do the tales come from? The answer is found in the recent history of modern self-identified paganism'.

It's not comfortable to be wrong but that's how we learn. Anyway, to continue:

Zoroastrians celebrated their solar new year at the spring equinox and gave each other coloured eggs, usually red. Christian co-opted the redness as the blood of Christ. In some traditions, the hare laid the eggs.

In recent times, the job of dying and being resurrected has been taken over by Doctor Who. Even though Easter is the foundation stone of the Christian Church and England is still allegedly a Christian country, when David Tennant died and was resurrected as Matt Smith in 2010, eight million people watched. According to the latest figures from the Church of England, fewer than 1.5 million went to church at Easter.

But without Easter there would be no carb-based joy. Hot cross buns, Easter eggs and my personal favourite, Easter biscuits - although they've become hard to find. In 1210, under the interdict of Pope Innocent III, King John's candidate for Archbishop of Canterbury, John De Gray, decreed that during Lent hot cross buns were classified as fish, and could therefore be eaten during fasting and abstinence. And we get two Bank Holidays which the more secular French do not. So, if nothing else, thank you gentle Jesus for giving us (another) reason for feeling superior to the French.
Posted by TK at 19:49 5 comments:

The Scouting Movement is going to teach its members about sexual health to try and combat the high rates of teenage pregnancy and STIs in the UK. The guidelines for leaders set out what's appropriate for them to teach and when they should get professionals in, as well as providing resources to help them.

The Scouts still insist that new members make a Promise to do their duty to God/Allah/My dharma and so on with no non-religious alternative. But the guidelines lay down that any teaching about sex and sexuality must be strictly factual and secular, whatever the beliefs of the Scout leaders.

The guidelines state that ‘As adults in Scouting, it is important that, regardless of our own faith and values, we offer appropriate guidance to young people. All young people are entitled to information and advice to allow them to make informed choices’ and ‘Whilst some Scout Groups are sponsored by religious bodies this should not be a barrier to providing appropriate advice, information and guidance to young people in line with Scout Association Policies’.

The Scouting Movement is sensitive to the beliefs of young people (and their parents) but its website pragmatically comments ‘Throughout history religion has provided society with a great deal of information about sexuality. Many of these societies subsequently used this information to create laws regulating sex. However, it is important that these laws are seen in their historical context’.

In other words, times change and the Scout Movement is taking responsibility for seeing that its members are not kept in the Dark Ages. It recognises the role of faith but it values and promotes the role of facts. It’s promising to see that their motto ‘Be Prepared’ now applies to preparing young people for this aspect of adult life along with the more traditional scouting activities. It's not indicated if they will get badge for it, though.

The factsheets can be downloaded here.
Posted by TK at 15:52 1 comment: