2016 – Another year of nonsense on stilts 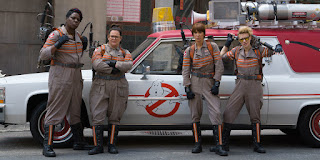 As part of running London Skeptics in the Pub, I like to collect stories for our members. These are some from this year that caught my attention. They cover three main areas: health, diet and random nonsense.

Let’s start with the health-related stories.

HEALTH
Antibacterial soaps are often sold with scare tactics – buy this or your children will be eaten by bacteria and you will be a Bad Parent. But there is mounting evidence that they are no more effective than regular soap and water and they may be driving antibiotic resistance.

Glucosamine has become a popular remedy for joint pain but it looks like it’s no better than placebo. This means that it may work – because placebos work, especially in pain management – but it’s not cheap and you might well be better off using exercise. I wrote about glucosamine six years ago and back in 2001 the BMJ found that it doesn’t work, yet it’s still a huge money-spinner.

Staying with pain management, we’ve all used paracetamol but again there is mounting evidence that it’s no better than placebo.

So-called alternative medicine has had a fair few stories in the news this year as well, some more worrying than others. 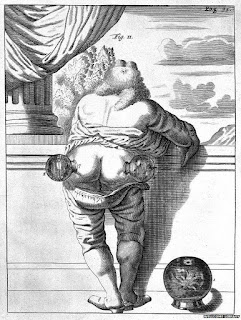 Cupping was popular with some athletes at the Olympics. It’s done by setting fire to a flammable liquid in a glass cup. The flame burns away the oxygen, creating a vacuum. Once the flame goes out, the vacuum creates suction that sticks the cup to the body.

Along with the drop in temperature, this sucks the skin up and draws blood to the surface. There is also a version that doesn’t involve fire but it’s much less dramatic and so lacks the theatricality that witchdoctors and quacks often use to convince their ‘patients’ they’re actually doing something other than fleecing them.

The red spots last a few days and are caused by ruptured capillaries beneath the skin. It’s claimed to cure muscle problems and pain, arthritis, insomnia, fertility issues, and cellulite. Needless to say, there is absolutely no evidence for any of these claims and it will make you look like a twat. Stalwart skeptic Dr David Colquhoon was on TV explaining why it doesn’t work.

On the upside, yet more trials find homeopathy doesn’t work and NHS Wirral has stopped funding it.

The US government has ruled that homeopathy treatments will now be held to the same advertising standards as other products claiming health benefits. This means that all homeopathic products will have to include the statements ‘There is no scientific evidence backing homeopathic health claims’ and ‘Homeopathic claims are based only on theories from the 1700s that are not accepted by modern medical experts’ if they are to be stocked in chemist shops. So that’s at least one good thing America has done this year.

Many vets are calling for homeopathy to be banned, too. Of course, some people will see this as a victory for Big Pharma and carry on buying it. Because there’s no cure for stupidity.

Vets have increasingly been offering a range of ‘alternative treatments’ including chiropractic and acupuncture; the cost of them has pushed up pet insurance by 9% according to the Association of British Insurers. Of the 370 policies on the market, 96% include alternative therapies. It’s hard to tell whether vets are offering these treatments because people want them or whether people want them because vets are pushing them. Either way, this cat looks really pissed off its owner is so dumb. 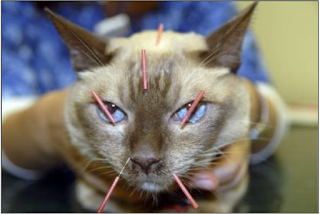 Back to humans and there is no evidence that brain training helps prevent dementia. As the population ages, the various forms of dementia are on the increase and the race is on to find a treatment, especially as the NHS may not be around much longer.

Staying with the brain, the term ‘brain plasticity’ (or neuro-plasticity) gets bandied about a lot but means pretty much nothing. It’s one of those terms that people who don’t know much about science use to make it sound like they do.

It could be argued that it’s up to adults what they do to themselves but it’s different when they force children to take alt med. In October this year, a four year old boy nearly died after being given supplements from a naturopath to treat autism.

Superfoods are claimed to have all sorts of miracle powers. There is no good evidence that pomegranates have any particular benefits, goji berries are no better than any other fruit, there is little evidence for chia seeds, beetroot juice does seem to lower blood pressure slightly but if you have high pressure, get to the doctor, change your diet and do some exercise rather than looking for a quick fix. Eating too much seaweed can be bad for you and kale has no magic powers. It doesn’t seem to matter how often the antioxidant myth is debunked, people keep buying into it.

The idea that you need to drink eight glasses of water a day just won’t die despite the total lack of evidence. 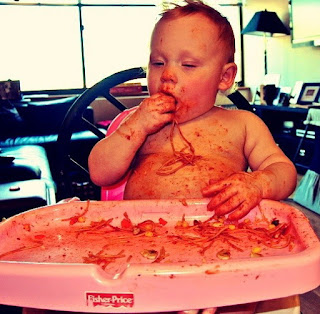 Another thriving fad is clean eating. Spiralised vegetables, kale and pomegranate (again) and NO EVIL CARBS. Bread and pasta are evil and ‘full of chemicals’. Apparently fruit and veg contain no chemicals at all. That’s because they are made from fairies’ breath. The supermarkets are increasingly stocking cauliflower ‘rice’ and butternut squash or courgette ‘noodles’. And of course they are not cheap.

There’s a serious demonizing of sugar but a lot of the ‘clean’ recipes that claim to avoid sugar are still sweetened with honey, dates, coconut sugar, agave syrup and so on. I’m sorry to tell you that these are all still sugars. Paying a lot more for something with virtuous-looking packaging won’t change that.

Yes, it’s mostly another dumb middle class fad but it has repercussions for people with eating disorders, assigning some foods to the ‘dirty’ category, making food a moral choice and piling on the body shaming if you stray from the straight and narrow. Don’t you want to Get The Glow? Like a lot of cult members, clean eating converts really don’t like it when confronted with evidence.

Another dumb idea from this year was that activity icons on food packaging would help combat obesity by showing how long it would take to exercise off the calories. They won’t. As ever, the truth is boring: eat a balanced diet and get some exercise.

Finally, this story suggests that eating chocolate can make you smarter. I don’t care if it’s good science or not, I just want it to be true.

December 26. A late entry is the protein supplement. Even most athletes don't need extra protein. According to Tom Sanders, professor emeritus of nutrition and dietetics at King’s College London,“There’s been a lot of hype in gyms pushing high-protein shakes, there’s also a need to get rid of a waste product from the dairy industry, which is whey protein,” he said. “It’s a lot of crap, a way of selling a cheap product at a high price.” Excess protein is excreted through urine so you're basically paying for expensive pee pee.

During the run-up to the Brexit referendum, there was much talk about an EU cabbage regulation that runs to 26,911 words. This myth has been around since the 1940s in one guise or another. There are some lengthy British guidelines but EU regulation contains precisely none that are specific to cabbages.

The idea that it takes 10,000 hours to get really good at something has been endlessly repeated. Malcolm Gladwell conveniently or willfully misunderstood the research his claim is based on and made a lot of money from it. But it’s nice and sound-bitey so expect to see more of it.

If you’re tempted to get your DNA checked to find out who your ancestors were, you may well be paying for what scientist Dr Adam Rutherford has described as ‘mostly total bollocks’. What’s more, a general misunderstanding of how genes work has led to some people thinking their ancestors give them some sort of ‘pedigree’ or explain their behaviour. One of my great-grandfathers was a convicted bigamist. What does that say about me? Absolutely bugger all. 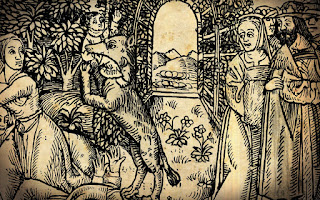 This year there was a story that went on far longer than it should have about an eight foot werewolf terrorizing people in Yorkshire. According to one ‘expert’ it’s our ‘collective guilt’ about exterminating wolves that keeps these myths going. So not horror movies, alcohol and attention-seeking, then?

Oh, and apparently Uri Geller predicted that Theresa May would become Prime Minister. Of course he did.

There are three main threads running through all these stories. Firstly, desperately ill people will try anything – and who can blame them? They are often vulnerable to exploitation. There is always money to be made from intractable pain and incurable conditions.

Secondly, many of us want a quick fix to lose weight. With the increasing incidence of obesity, diabetes and other health consequences, the market is ripe for exploitation and there is no money to be made from common sense.

Finally, some people will believe any old nonsense if it makes a good story, suits their prejudices or requires a bit of effort to check out.

Come and join us at London Skeptics and watch us sort crap from Christmas for another year. You can find the stories I collect on our Facebook page and on Twitter @LondonSkeptics. Thanks to my right hand woman Carmen, to all our speakers, our audiences and the Monarch for hosting us.

The truth is out there. Keep ‘em peeled.