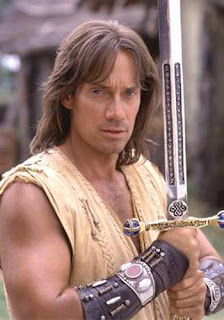 Jesus is not the only birthday boy. There is another son of a virgin and a god born at this time.

Having a divine father and human mother was pretty routine in ancient mythology - Dionysus, Zoroaster, Perseus, Jason, Minos and Asclepius did, among others.

And Herakles, son of Zeus and the virgin Alcmene.

He was not just a strong man who performed Twelve Labours and became the star of a slightly daft TV series, he was worshipped around the Attic world as a saviour who died and rose again.

He was known to his followers as the Prince of Peace, the Sun of Righteousness, the Light of the World, the Shepherd. He was greeted each morning in his solar incarnation with the words 'He is risen'. (Sound familiar? See the Gospel of Mark 16:6)

Herakles (aka Hercules in Roman mythology) was born at the Winter Solstice, sacrificed at the Spring Equinox, rose again and ascended into heaven to be with his divine father. The winter solstice was celebrated on December 25th in the Julian calendar, which was in use from 45BC.

If any of this sounds familiar, it's because Tarsus was one of the centres of Herakles worship. It was also the home of St Paul, who appears to have been into recycling in a big way.

And here is a picture of the Son of God with his shirt off. 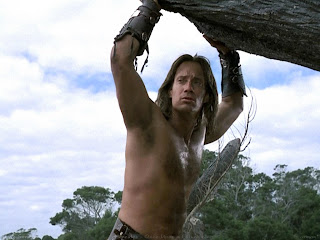 There are no surviving images of Jesus flexing his pecs for comparison. Herakles was quite a fan of sex too, with both men and women, which makes him a much hotter man-god. As far as I know, there have been no wars declared in the name of Herakles although both he and Jesus had dads who could be pretty grumpy and were a bit too fond of smiting.

I am now going to eat mince pies and have unholy thoughts about the Son of God. You know which one. Happy Heraklesmas.