Some evolved survival mechanisms are the skeleton in the cupboard. 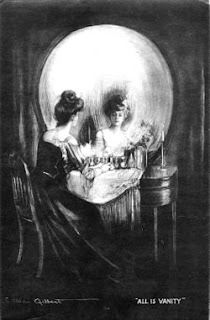 The death of celebrities or large numbers of regular people provokes an outpouring of shock, public grief and an intimate examination of their lives which, with the benefit of hindsight, led inevitably to their deaths.

The reaction that we are pleased to have is that the death of Amy Winehouse and the deaths in Norway provoke empathy both for the dead and for their families.

At the same time as feeling empathy, we have another reaction that it's not always quite as comfortable to admit to. Publicly-reported deaths always serve as a memento mori, a reminder of the fragility of life. The death of young people provokes particularly complex reactions; both Winehouse and most of the Norwegian dead were young.

News of any death creates cognitive dissonance, the discomfort caused by holding conflicting ideas simultaneously. So empathy for the dead and grieving creates and becomes entangled with fear of our own death. It's uncomfortable to feel sorry and afraid at the same time; we want the empathy but not the fear. Humans are (as far as we know) the only animals to be aware that we will die and we have to deal with that when we're reminded of it.

Memento mori means roughly 'remember you will die'. It's also used as a term for artefacts. These date back to antiquity but became widespread in Mediaeval times. They were a means of reminding people that death - and Judgement - were never far away to keep them close to the Church. Images of skulls, skeletons and the Grim Reaper are widespread in religious art for this purpose. The Book of Common Prayer still has the line 'In the midst of life we are in death. Earth to earth, ashes to ashes, dust to dust'. Carpe diem and all that.

As well as being aware we will die, we also have the ability to push this thought away. At the same time as empathizing, we also remind ourselves that Winehouse was an addict whose life was a mess and that we don't live in Norway.

We start to collect reasons why such deaths could never happen to us - this is the survival mechanism. This reaction can tip over into blaming the victim - Winehouse brought it on herself, for example. Some of the coverage majors on the 'fact' that she'd been on an 'ecstasy and booze binge'. Her many appearances while drunk or drugged are poked into, along with comments on her appearance - 'Amy also appeared unhealthily thin, with scabs on her face and marks on her arms, wearing scruffy clothes' in the Sun, for example. Her 'friends' are quoted as saying they were afraid for her before her death, that it was inevitable.

The shock of Norway is that it was Norway - a low-profile country where nothing much ever happens from an outside perspective. But it was Norway and we don't live there, we dodged the bullet through the good luck of geography. Calling the massacre of over 80 people (at the time of writing) a national tragedy helps bind their nation together but it also serves for the rest of us as a comfort that it wasn't our nation.

There is sometimes a certain Schadenfreude in our response too, a pleasure in the suffering of others. It's a comfort for us not being rich and famous to see how screwed up the lives of celebs are. But on this occasion the Norwegian deaths complicate the freude because the dead were not rich and famous, they were nobodies like us - and that brings it closer to home. This weekend, the Schadenfreude is less pleasure and more relief. We're not rich and famous but at least we're not Norwegian. It's not a laudable response but it's a human one just as much as the emotions and reactions we're more proud to own.

However, our success in telling ourselves that it couldn't happen here can come back to bite us when it does, especially when the perpetrators are home-grown. Freud might have called it the return of the repressed. The Norwegians had successfully insulated themselves; according to the BBC, 'Norway has had problems with neo-Nazi groups in the past but the assumption was that such groups had been largely eliminated and did not pose a significant threat'. We're all human, we're all fragile but this time it wasn't us and couldn't have been us - until it is.

The desire to read these stories or watch the news coverage may seem callous, something we shouldn't do, something tabloid and nasty for the better-educated to tut about - but it is part of the survival mechanism, the distancing process, insulating ourselves from death. Even the more rational media play into this, for example by listing other musicians who died young of overdoses or suicide - Hendrix, Cobain, Joplin etc, mentioning the 27 Club - some 38 musicians who died age 27.

The media aren't really doing anything that we don't all do, even if on an unconscious level. We may not like all of our instincts, and some we should probably not give in to, but covering them up or identifying them as something other people do, people we look down on, is not realistic. Doing that is also another human response though. Human beings are complicated buggers.
Posted by TK at 10:52