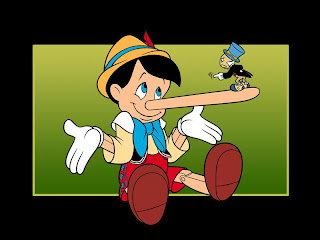 Nadine Dorries MP wants women to see 'independent' counsellors before they have an abortion, not go to abortion providers like Marie Stopes International or the British Pregnancy Advisory Service because they have (she says) a vested financial interest which she compares with pension mis-selling. She is proposing an amendment to the Health and Social Care Bill on September 6th to ensure this happens, along with Frank Field MP.

She is also on record saying that her political blog is '70% fiction and 30% fact... I rely heavily on poetic licence'.

Let's take a look at her being poetry in motion.

Research by Education For Choice has found that 'independent' is a word that belongs in Dorries' 70% category. And her comments about the 'financial interests' of BPAS and others are based on about as much evidence. [ETA] On Newsnight last night, Dr Evan Harris pointed out that the Department of Health’s own website warns against independent advisers.

Dorries is being backed by the Right To Know campaign. Despite describing this as 'our campaign', she now says 'I have no idea how they're funded'. She's also being poetic about their motivations, saying 'They may be ideologically driven'.

She has said that abortions are currently done before women have time to think what they're doing. Does she really mean this? Has she thought through the implications of saying that women are incapable of making their own rational decisions? Be careful you don't get distracted by thinking about shoes or you might accidentally have an abortion.

Then she claimed that Dr Evan Harris 'lost it' on an interview with Sky TV - an interview which she refused to share with him, insisting on being recorded separately. In it, Evan pointed out yet more flaws in her argument. It's not obvious what he he lost. His bus pass, possibly.

Dorries is being advised by the Christian Medical Fellowship, whose own interesting relationship with the truth I've already covered, for example here. So not only are her words 70% fiction, she is also consorting with fictionalists (I've made that word up because I'm bored of calling them LIARS).

The Right To Know campaign are bandying about the 'fact' that 30% of women who have abortions go on to suffer mental health problems. This claim is based on a paper from the British Journal of Psychiatry. The paper's conclusion is, quite reasonably, that abortion is not without consequences for some women.

However, the paper also states ‘The evidence is consistent with the view that abortion may be associated with a small increase in risk of mental disorders’. That's may be. It also states that ‘the overall effects of abortion on mental health proved to be small’ and could be the result of ‘uncontrolled residual confounding’. This means there could have been other factors influencing the results that they failed to rule out. That's being honest because it's an academic paper not a work of fiction.

Most tellingly, the conclusion says: ‘Specifically, the results do not support strong pro-life positions that abortion has large and devastating effects on the mental health of women’.

So that's another bunch of fictionalists she's consorting with.

She claims that the number of abortions would be reduced by 60,000 a year if women had independent counselling. Presumably she arrived at this figure by thinking of a number and then adding a load of noughts as there is no evidence to back it up. Her story-telling stops at this point rather than considering what might happen to these 60,000 babies in terms of supporting both them and their parents. For her, the happy ending is a full-term pregnancy. In this respect, she's close to the Catholic Church's position.

Dorries wants us to go back to being a Christian nation with Christian values. But the ruling classes' relationship with these values has always been a marriage of convenience, using them to justify or condemn whatever and whenever it suited them. Moreover, 'Christian Britain' is a nostalgic idyll for a time and place that existed alongside the land of the Care Bears and belongs in the 70% of words put together in a sentence that look like they might be true but in fact aren't. Besides, back in the days of Yore when we were at least nominally a Christian nation, the only people who really benefited were upper middle class white men - much like the ones who still dominate the House of Lords and the Tory party.

The latest from Dorries is this gem 'I wonder why someone would provide a quote to a national newspaper when they obviously have no idea what they are talking about?' I'm not even going to go there.

She has also said 'I have chosen the 'fact' I wish to believe'. That would be the fact that is 70% fiction, presumably.

It's almost too easy to take her arguments apart. When her bill amendment was first raised, many people said it was nothing to worry about, it would disappear and pro-choice campaigners were getting worked up about nothing. But now it looks like the Government could turn her fictions into fact, which means that no one will live happily ever after.

There's a good analysis of the almost total lack of evidence for changing the current abortion counselling position on the Nothing Special blog.

Next time will be less of a tirade, honest.

UPDATE 1 September 2011: The Government has done a U turn on abortion counselling but the free vote could still go either way next week. This means that MPs can vote according to their conscience rather than the party line.

UPDATE 2 September 2011: It's gone up from 30% to 'twice as likely' to suffer mental health problems post-abortion. She's done a loaves and fishes job on the stats.

Pro-choice groups are supporting an amendment by the Libdem MP Julian Huppert:

All organisations offering information or advice in relation to unplanned pregnancy choices must follow current evidence-based guidance produced by a professional medical organisation specified by the secretary of state.