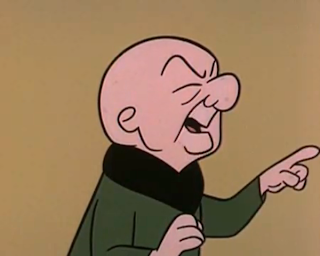 The Congregation for the Doctrine of the Faith (formerly known as the Inquisition) have published a guide on how to tell if religious visions are genuine.

The guide was written in 1978 but they are publicizing it now because, they say ‘Today, more than in the past, news of these apparitions is diffused rapidly among the faithful thanks to the means of information (mass media)’. The Congregation is concerned that people will be mislead and that a cult could start around a false vision before they have chance to intervene.

Although they’ve embraced the modern world enough to publish this document online, the criteria in it are thoroughly antique. They note that ‘modern mentality and the requirements of critical scientific investigation render it more difficult, if not almost impossible, to achieve with the required speed the judgments that in the past concluded the investigation of such matters.’

In the past only a few people would initially know about an alleged sighting. The local priest would contact his bishop who would contact the Vatican who could take their time to decide if the apparition was real or not, everyone else would fall into line with the ruling and they’d get on with the important business of building a gift shop and making signs that said ‘Pilgrims please form an orderly queue here’. Or they'd burn the visionary as a heretic and that would be an end of it.

If they did decide the apparition was real, they’d send along someone to make sure that the message was correctly interpreted or kept secret – either because it was such garbled nonsense that no one could make head nor tail of it or so they could stage-manage what bit of propaganda they wanted the message to contain. The Three Secrets of Fatima are a good example.

But now there is pesky science and people who do not take the Vatican’s word without questioning, so they have to come up with a handy guide to ruling on holy manifestations to try and nip any false claims in the bud. They would also find it harder to ignore someone who claims to have seen Holy Mary if the vision was tweeted right round the world before they could intervene. And even harder to get away with burning them as a heretic.

They’ve established a set of positive and negative criteria to help distinguish if it really is the Virgin or one of the thousands of saints popping in for a visit, a deluded or criminal human act or perhaps the Evil One trying to mislead the faithful.

Does this check list include anything even vaguely scientific? It does not.

Moral certitude, or at least great probability of the existence of the fact, acquired by means of a serious investigation.

This is the equivalent of ‘if it walks like a duck and quacks like a duck, then it must be a duck’. There is no indication of what a 'serious' investigation would entail. Even as a first-stage triage, this list is seriously wanting.

Personal qualities of the subject or of the subjects (in particular, psychological equilibrium, honesty and rectitude of moral life, sincerity and habitual docility towards Ecclesiastical Authority.

Is the person who had the vision a) a good upstanding Catholic b) sane and c) not a trouble maker.

Sanity is obviously a useful metric when someone claims to have visions – assuming that God never chooses to send one of his posse to visit the mentally ill.

He apparently also never sends a vision to anyone who does not lead a moral life (in the Catholic sense) so it would seem that He has changed his modus operandi since sending a vision to Saint Paul to make him change his ways. Presumably someone who thinks it's OK to give an abortion to a nine year old who has been raped would not be an acceptable witness.

Habitual docility means that the person never questions the Church and always does what their priest or the Pope tells them. Preferably someone too dim or poorly educated to understand Church doctrine in the first place, let alone question it. This may be why holy manifestations tended to be seen by peasants, children and nuns in the past.

If the vision leads to the faithful becoming more faithful, to doubters being converted and the power of the Catholic Church being extended, then it’s a good vision.

God would never send Mother Mary or a saint down to criticize the Church. That would be a false vision, obviously.

Doctrinal errors attributed to God himself, or to the Blessed Virgin Mary, or to some saint in their manifestations, taking into account however the possibility that the subject might have added, even unconsciously, purely human elements or some error of the natural order to an authentic supernatural revelation.

If you wake up to find Mary at the foot of your bed or in a cave (she's fond of caves), ask her to explain exactly what the heresy of the Cathars was. Make sure you write it all down to rule out human error. Correct spelling and grammar will score extra points.

Evidence of a search for profit or gain strictly connected to the fact.

Tricky one. Even visions that are certified genuine by the Vatican lead to financial gain – mostly for the Church. But that’s probably OK. What they don’t want is some attention-seeker or shyster taking money from the credulous faithful by selling unauthorized merchandise.

Gravely immoral acts committed by the subject or his or her followers when the fact occurred or in connection with it.

Psychological disorder or psychopathic tendencies in the subject, that with certainty influenced on the presumed supernatural fact, or psychosis, collective hysteria or other things of this kind.

They've already covered this, the fact it appears again suggests that it's their get-out clause of choice for any vision they don't approve of or can't control. They know that these days saying the vision was caused by the devil wouldn't play as well as it did five hundred years ago so they co-opt science to do their dirty work for them. There are some who would argue that seeing visions is a symptom of mental illness.

It is of course, entirely unreasonable to expect the Vatican to have strict scientific criteria for testing divine visions. However, it’s not unreasonable to expect them to know a few basic facts about human psychology. They do mention human error but only in the context of doctrinal errors, not relating to the whole experience. They don't doubt that visions happen, only whether they are the right sort of visions.

For example, there is the unreliability of witness statements. It has been shown time and time again that even the best intentioned people consistently get it wrong. People also have a tendency to say what they think the tester wants to hear. It could be hard to distinguish between an over-zealous follower and a con artist who'd done their homework, for example.

The human mind sees intention and agency where there is only coincidence and patterns where there are none. Human perception is notoriously unreliable. Who hasn't seen the face of Jesus in a piece of toast?

How is collective hysteria defined? Presumably they mean a lot of people getting worked up about an unapproved apparition - if it's one they like, then bring on the mass pilgrimages with thousands of people 'seeing' the same thing (like Medjugorje) or queuing to be healed (like Lourdes).

People constantly think they see ghosts or other supernatural phenomena, which scientific research explain as having natural causes (eg weeping statues) or as artefacts of the way our minds work. Why should saintly visions be any different, unless the Vatican believes that God somehow helps them discern fact from fiction because they're in closer contact with him than the average punter.

This isn't about being more rigorous or scientific, it's not even about protecting the faithful, it's about control and protecting the brand. The invention of the printing press was bad enough but the twentieth and twenty first centuries have presented the Vatican with a series of increasingly tough challenges. Access to information and speed of communication are a threat to Vatican hegemony; this flawed and risible attempt to wrest back some control will do nothing to disarm that threat.

On the other hand, this could all be part of an elaborate advertising campaign. Think you saw the Virgin Mary? Should have gone to Specsavers.