Dr Jesus in the dock 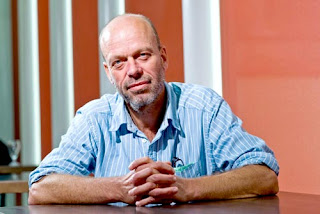 In May last year I wrote about Dr Richard Scott who was being investigated by the General Medical Council for aggressively preaching at a vulnerable patient. Scott practices at the Bethesda Medical Centre in Margate, which is run by six Christian GPs.

The GMC has now reached a verdict and the findings are published here.

Scott's lawyer, Paul Diamond, works for the Christian Legal Centre and is no stranger to cases like this. He said that 'a degree of deference should be given to an experienced GP who is embedded into the local community, particularly one who has a reputation for the care he provides to his patients.'

Scott didn't give any deference to a vulnerable patient, or his beliefs. Deferring to someone simply because they are a figure of authority is a demand generally made by dictators and Victorian patriarchs. The GMC agreed and said:

In deciding whether to issue a warning the Committee must apply the principle of proportionality and weigh the interests of the public with those of the practitioner.

In other words, there should be no deference if it's harmful to patients. The GMC is not anti-religion or anti-Christian. The findings stated that GMC guidance acknowledges the role of faith issues in medical care and the right of doctors to raise such matters within the consultation provided that it is done with the patient’s consent and with sensitivity and respect for any faith they might have...on this occasion your behaviour in presenting your faith to Patient A had exceeded the boundaries set out in the guidance and, to use his words, “had gone too far.”

Way too far. Scott was found guilty of saying that:

If Patient A did not turn towards Jesus and hand Jesus his suffering, then Patient A would suffer for the rest of his life.

His own religion could not offer him any protection and that no other religion in the world could offer Patient A what Jesus could offer him.

The devil haunts people who do not turn to Jesus and hand him their suffering.

You told Patient A that you were not offering him anything else because there is no other answer and that he will keep suffering until he is ready to hand his suffering to Jesus.

This is way beyond offering to pray with a patient or asking them if they would like to discuss their beliefs. Scott was once a missionary in Africa; his behaviour in the surgery suggests that he is of the fire and brimstone school, threatening and bullying people into accepting his faith, conjuring images of the devil to batter them into submission. So much for 'first do no harm'. What's more, so much for 'God is love'.

The GMC found that Scott's actions also contravened Paragraph 33 of Good Medical Practice: You must not express to your patients your personal beliefs including political, religious or moral beliefs, in ways that exploit their vulnerability or that are likely to cause them distress.

They warned Scott that Further serious or persistent failure to follow GMC guidance will put your registration at risk.

In other words, he could be struck off. But further action relies on further evidence that he is ignoring the ruling. This means that other patients would have to be brave enough to stand up against this figure of authority, know enough to take their complaint to the GMC and be strong enough to give evidence at a hearing. Not everyone may be capable of doing this either against Scott or other doctors who behave in the same way.

The Committee ruled that this warning be attached to Scott's registration:
During a consultation with a patient in August 2010 you expressed your religious beliefs in a way that distressed your patient. You subsequently confirmed, via National media, that you had sought to suggest your own faith had more to offer than that of the patient. In this way you sought to impose your own beliefs on your patient. You thereby caused the patient distress through insensitive expression of your religious beliefs.

The warning will stay on his registration for five years.

Scott called the hearing 'a charade'. This translates as 'I didn't get my own way' or 'How dare they enforce the rules that I agreed to abide by when I became a doctor?'. Possibly, he stamped his feet as well.

Entirely predictably, the Christian Medical Fellowship has responded with its usual wailing about 'the growing marginalisation of Christian professionals and the rise of militant secularism in Britain’s institutions.'

Christian Concern commented that “Our society seems to becoming more and more repressive, with ordinary, decent people being reported to the authorities and disciplined, not for committing any crime, but just for expressing their Christian beliefs.”

Ordinary, decent people do not bully and threaten the vulnerable, they do not abuse positions of authority and they do not expect special exemptions from rules or laws when it happens to suit them. Whether a practice run by six Christian GPs who advertise their faith on the practice web site is serving the whole community in which Scott is 'embedded' is another matter.

Christine Odone writes her usual ill-informed propagandist response in the Telegraph. However, she does make a good point that the GMC 'allows doctors to promote the healing effects of homoeopathy, chiropractic and reiki, also known as palm healing — which are all unsupported by Western, evidence-based medicine but are backed by belief systems'.

Dr Scott would of course claim that there is plenty of evidence that faith heals and has also spoken in favour of homeopathy.

This doesn't mean the GMC ruling on Dr Scott was wrong but it does suggest that they are inconsistent in their approach and need to be more stringent about evidence-based medicine.

ETA: 20 June
There's an interesting take on the story and the alleged efficacy of prayer by Dr Robert Winston.

Dr Scott has now told Pulse magazine that he is not going to change his behaviour.

He said: ‘If anything it will make me even more determined to do it. I showed the GMC all the statistics that showed that spiritual care really helps people's health. Doing God is good for your health. That is the message we tried to get across to the GMC, which they abjectively (sic) failed to grasp.'

He also said: ‘We have evidence-based medicine and if doctors are not providing spiritual care they are actually harming patients.'

It appears that Dr Scott and the GMC have a different interpretation of 'evidence'. They also appear to have a different interpretation of what abiding by a code of practice means. Scott appears to be saying that all the generations of doctors who have been keeping their beliefs out of the surgery have in fact been doing harm to their patients. That's a pretty big accusation.

In addition to spending years learning how the body works and how to fix it when it goes wrong, medical students really should be learning how to preach the gospel. And if they're not Christian, they'd better convert pretty damn quick because believing in any other faith is tantamount to gross medical negligence. Atheist doctors are just criminals.

Scott also ignores the difference between having a faith and being bullied. Some people may derive a sense of well-being from their beliefs, and may avoid more harmful behaviours because of them. But being told that your god is inferior and that the devil is after you when you're already ill or in a vulnerable state is not likely to make you feel better.

Dr Scott also said that the GMC had downplayed the severity of the warning. ‘It's a drag, because if someone else complains to the GMC, then it's two yellow cards equals a red.'

Yes, it's a real drag when you're forced to obey the rules. Bummer, dude.

Scott may see himself as a martyr but his reaction is neither scientific nor humane, two of the main requirements of a doctor. It's just plain arrogance.

Niall Dickson, chief executive of the GMC, said: 'Our guidance is clear - doctors must not impose their own beliefs on their patients or cause them distress by inappropriately expressing their own views. This is not about religion, it is about respecting patients and making sure doctors do not use the incredibly privileged position they hold to push their own beliefs, however strongly held they may be.'