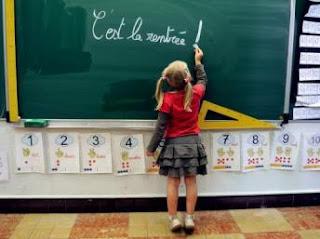 France shows us how it should be done

France is secular, which means total separation of Church and State. On September 9, the French Government launched its Secular School Charter to reaffirm secular values in the context of education.

I’ve translated the fifteen articles – it’s been a while since I did any translation so there may be a few inelegant phrasings, but it’s accurate in sense. Clarity is not always the main objective of official French syntax. The term laïque is not identical with secular but it’s the closest we have in English.

As the new school year starts, the Charter shows how very far the UK is from any kind of secularism in a system where one in three state-funded schools are religious schools. These schools are paid for by all of us through our tax. In many schools, teachers can teach/preach according to the ‘ethos’ of the school and employers can legally discriminate against teachers whose lifestyles do not conform to that ethos, either in who they employ or who they promote. They can also select which pupils they accept; this is allegedly to give parents choice but effectively discriminates against parents who are not of the ‘right’ religion, or not religious enough, and who may have to send their children to schools far away. In many of these schools, there is compulsory worship. Schools of other religions exist and are allowed to impose their own ethos.

Former Archbishop Rowan Williams said ‘A church school is a church’. Even though they claim to welcome everyone, these publicly-funded schools are the churches’ main way of recruiting the next generation – something they desperately need to do as church attendance falls year on year and as poll after poll shows that an increasing number of us are indifferent to religion.

All young people should be free to make up their own minds what they do or don’t believe and should be fully equipped to live in society, not just within their religion. They should be given full access to unbiased facts and taught that any idea can be – and should be – questioned.

1 France is an indivisible, secular, democratic and social Republic. It assures equality for all citizens before the law throughout the whole of its territories. It respects all beliefs.

2. The secular Republic institutes the separation of religions from the State. The State is neutral with regard to religious or spiritual convictions. There is no State religion.

3. Secularism guarantees freedom of conscience for all. Everyone is free to believe or not believe. It permits free expression of convictions within the limits of respect for others and public order.

4. Secularism permits the exercise of citizenship, reconciling individual liberty with the equality and fraternity of everyone in the public interest.

5. The Republic ensures respect for all of its principles in its educational institutions.

6. Secularism in schools offers all students the conditions to develop their personalities, exercise their free will and learn how to be citizens. It protects them from all proselytizing and all pressure that would prevent them from making their own choices.

7. Secularism ensures students have access to a common and shared culture.

8. Secularism permits students freedom of expression within the operational limits of the school, and the limits of respecting republican values and pluralism of belief.

9. Secularism implies the rejection of all violence and discrimination, guarantees equality between girls and boys and is based on a culture of respect and understanding for others.

10. All staff must teach pupils the meaning and value of secularism along with the other fundamental principles of the Republic. They will monitor their application in the educational framework. They must tell parents about this charter.

11. Staff have a strict duty to be neutral: they must not reveal their political or religious beliefs while doing their jobs.

12. Learning is secular. In principle, no subject is excluded from scientific and academic questioning. This is to ensure that students are exposed objectively to the diversity of world views, and to the full scope of fact-based knowledge. No pupil may invoke a religious or political belief to challenge a teacher’s right to deal with a subject on the curriculum.

13. No one may use their religion as an excuse for refusing to obey the rules of schools in the Republic.

14 Internal rules of public educational institutions about ways of living in different spaces defer to secularism. Pupils are forbidden from wearing symbols or clothes that show they belong to a particular religion.

15. Pupils contribute through their thoughts and actions to making secularism live in the heart of their academic institution.


The UK government is keen to open more religious schools. The French model will not be adopted here any time soon. For many children in this country, back to school means back to discrimination, propaganda and publicly-funded God.