The evidence against abstinence stacks up 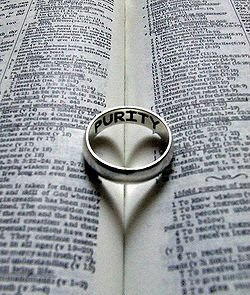 According to a recent report by the Centres for Disease Control in America, the rates of teenage pregnancy and STIs increased under the Bush administration (2001-2009) - despite its massive funding of abstinence programmes. There is a summary of the report here.
Janet Collins of the CDC commented that: "It is disheartening that after years of improvement with respect to teen pregnancy and sexually transmitted diseases, we now see signs that progress is stalling and many of these trends are going in the wrong direction."
The report found that 88% of pregnancies in 15-17 year olds were unplanned. Rates of chlamydia, gonorrhea and syphillis were significantly up. Nearly a quarter of women aged 15-19 had HPV in 2003-4 and a third of adolescents had not received birth control instruction by the age of 18.
The blame cannot be laid entirely at the door of Bush's pro- abstinence stance, but evidence points strongly towards it. When he was governor of Texas in the 1990s, he spent $10 million a year on abstinence education. The state still had the fifth highest teen pregnancy rate in the US.
Under his presidency, the spending continued, despite much evidence that it didn't work, including one report by the Guttemacher Institute. This states that a 9 year, $8 million evaluation of federally-funded abstinence-only-until-marriage programmes had no beneficial impact on young people's sexual behaviour. By the end of his presidency, over $1 billion had been spent.
Two other interesting findings from the CDC report are that nine out of ten states with the highest increase in teenage births voted Republican in 2000 and 2004. Also, young Hispanic women have sex less often than others but give birth more. One possible reason for this is that the vast majority of them are Catholic and are receiving even less encouragement to use birth control.
George Monbiot has an article about the CDC report in The Guardian where he writes that: A study published by the American Journal of Public Health found that 86% of the decline in adolescent pregnancies in the US between 1991 and 2003 was caused by better use of contraceptives. Reduced sexual activity caused the remainder, but this "ironically … appears to have preceded recent intensive efforts on the part of the US government to promote abstinence-only policies". Since those intensive efforts began, sexual activity has increased.
President Obama has cut funding to abstinence-only programmes but the National Abstinence Education Association is still pressing for funding, as is the Abstinence Clearing House with its links to all the 'evidence' for abstinence working. Some groups blame the failure on underfunding and say that programmes did not go far enough.
There's a good summary of pro-abstinence responses here. Some groups are now trying to rebrand themselves, talking about a 'holistic approach' and 'healthy lifestyle choices' in an attempt to claw back funding. One Christian blogger blames the increases in teen pregnancy on the media, and says rates would have been much worse were it not for Bush. She also says that rates are much higher in Europe, a sign of our moral bankruptcy - so the US is not doing so badly after all. Dogma and ideology continue their battle against science and evidence.
However, even though Obama appears to be on the right track in his own country, many US funded HIV/AIDS initiatives in the third world are still promoting abstinence, particularly PEPFAR, as I reported here. The latest partners in that initiative include pro-abstinence religious groups.
Posted by TK at 10:06