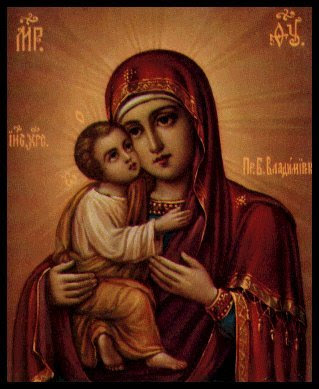 Research shows that women are more likely to be religious, to believe in the supernatural and to buy into complementary/alternative medicine (CAM). Is this because we are more gullible or more child-like?
Men are of course not immune to these beliefs. Most religious leaders are male, as are many psychics, ghost hunters and practitioners of CAM. Unless they are all charlatans, at least some of them must practice what they preach.
The human brain looks for patterns, causes and connections, which is a very useful evolved survival mechanism and has got us this far. But a side-effect is that we also see them where there are none. Just as small children think they are the centre of everything, we can feel that we are, if not the centre, then strongly connected to others. And if to others, why not to the universe, to something 'bigger than ourselves'?
One reason for apparent female gullibility could be our psychology and evolution although this does of course apply to the average woman. As Simon Baron Cohen's book The Essential Difference describes, there are people who are system-based and people who are empathy-based in the way they relate to the world and other people. The systemizers tend to be male but are not exclusively so. For example, a quarter of women have better spatial skills than half of men even though this is generally considered a male trait. It's possible to have either sort of brain or, more precisely, to be more than averagely systemizing or empathizing whatever sex you are. 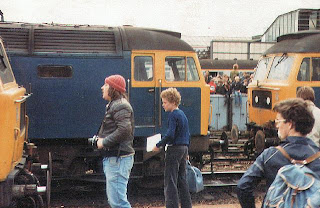 If the scale is systems at one and end empathy at the other, the people towards the extreme systems end are mostly male - which is why more men have autism/Asperger's. There are very few female train spotters. But there are she-nerds.
Given that most people are about average, then most women have more empathy than most men. This means that we value relationships, connections, communication and feelings more. We need to make emotional connections and look for them in relationships of all kinds.
This could also lead us to look for and make them in the wrong places. For example, imagining that certain phenomena are caused by an agent rather than by chance. If we have a certain feeling, or something happens, we may look for who caused it rather than what. We may feel a connection with dead people too, more readily seeing ghosts or believing the dead are communicating with us. Empathy leads us to ascribe emotional states to them just as we do to the living.
The Virgin Mary is popular with women who identify with her and feel an empathic connection. The Catholic Church promoted her mostly for the female half of the congregation, to replace the goddesses of earlier religions. Father, Son and Holy Mother are a family and women are interested in family matters (they are the real Trinity, most regular people have no relationship at all with the Holy Ghost or really understand what it is) . Obviously, this is far from the whole story with religion, but it's a contributing factor to the gender difference.
Women who are not religious may feel that there is 'something out there', some non-specific consciousness with which they can connect and have a relationship. It's much more comforting to believe that the universe has a personality than that it's just stuff floating around with no purpose or intention. But comfort is not the cause of the thinking, which is evolved, instinctive and mostly unconscious.
Being psychic is again about connections and communication. Tarot readers never tell you that you're a terrible person, which would create a distance between you and them, and make you feel socially unacceptable; they comfort and guide you. Mediums maintain emotional links with dead loved ones, often helping to restore broken connections. You pay them but you have a trust relationship with them. Horoscopes take a kind of cosmic parental interest in your life and give you guidance and warnings just like your mum did when you were a kid. They all show you patterns, ascribe causes and link things up to apparently give them meaning on a personal level, not a theoretical, abstract one. 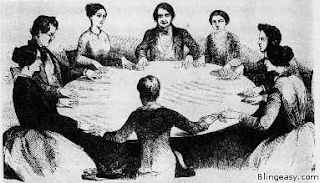 In the past, for example in Victorian times, women had little power and were often restricted to the home and a narrow social circle. Becoming a medium was a way of meeting people and getting out of the house. It was also a good way of getting attention, being the centre of a network of connections, communicating and being listened to. In earlier times again, having religious visions made you the centre of attention (although not always in a good way, as Joan of Arc found out). This is often not a conscious, calculating activity.
Even though many men succumb to supernatural or irrational beliefs, some of the areas they buy into are different. For example, they are more likely to believe in UFOs and conspiracy theories than women - apparently fact-based phenomena that they can catalogue. The choice of fiction is different too, with women more likely to watch soaps, which are about 'real' people and men more likely to go for sci-fi/fantasy. Men's delusions, when they differ from ours, reflect their system-based thinking. Faulty input results in faulty output. Men are also more likely to think that a comb-over will fool everyone, which is strong evidence for a tendency towards belief based on no reality at all.

The main market for CAM is middle class, middle aged women who use it on themselves and their families. Two of the reasons cited for using it are that it is 'holistic' and 'natural'. Setting aside the fact that plenty of natural things are very unpleasant indeed, these responses are again about feeling connections. Science is perceived by these women as being cold and impersonal or arrogant and 'science doesn't know everything'. This is a real reflection on medical practice where doctors are often too busy (and sometimes too badly trained) to bring out the empathy with the stethoscope. CAM practitioners appear to relate to them as individuals, not a set of symptoms. It's also a way of bonding with Nature. 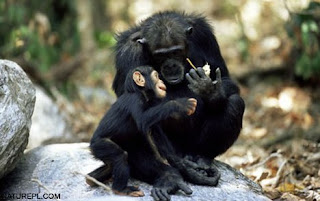 The average female brain has evolved to be interested in people as a survival mechanism, instinct bonds women to their families and close associates, helping them all to thrive. In social animals, the ability to relate to and bond with others is essential for group stability and the benefits that confers. A side effect of this is that some of us extend beyond what is strictly necessary, embracing the whole universe, seen and unseen, in our personal network. God, the dead and Nature are our close personal friends. If we didn't do this, the human race probably wouldn't be here now.
It's not always useful to buy into supernatural thinking, we may get ripped off, make bad decisions, risk our own health and our families' but it's also a way of being that has major advantages in the same way that being a systems thinker has advantages and disadvantages. There is no point in pretending that men and women work the same way; the problem comes when one way of relating to the world and other people is seen as better or more rational - or saner. This is also why gods may come and go but religion is not likely to go away any time soon.
Posted by TK at 18:22