Should you join a gym in January? No. 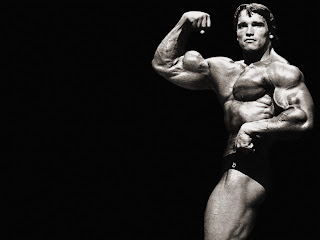 January is traditionally the time when we're supposed to make health-based resolutions - lose weight, drink less, quit smoking, get fit. Weight Watchers and their imitators ramp up their ad campaign and even Sainsbury's is selling rowing machines.

If your resolution is to join a gym - forget it.

Don't get me wrong, I love the gym. I'm there four mornings a week.

But there are lots of reasons why you shouldn't join a gym.

1. It's expensive. You're looking at around £500 a year for a decent gym. Some are cheaper if you pay for the whole year up front, others let you spread the payment with monthly direct debit. You may think that paying all in one go will make you commit. It won't. You'll end up having arguments with yourself about why you should go and why there are excellent reasons for not going and damn, I feel guilty and I'll really go next week, honestly, just shut up and let me eat this pizza in peace. Personality disorders will ensue.

Monthly payments might seem a safer option but many people don't get around to cancelling their DD and some gyms don't make it easy to quit once they've signed you up. And on top of the annual fee, you may well have to pay a joining fee which has no purpose other than gouging more money out of you to pay for the huge effort of putting a bit of data into a computer. Gyms rely on people joining in January but more than that, they rely on them not going more than a few times. Figures vary, but up to 60% of people drop out before six months. If everyone who joined a gym went and kept going, you wouldn't be able to get in the door. If you're part of that 60%, thank you for paying for my gym to get lots of new equipment that I can use in peace.

2. Guilt/punishment. A woman in my gym said to me 'When I'm as slim as you, I can stop coming'. This is a common attitude - exercise as penance or punishment. I pointed out to her that the only reason I stay in shape is that I keep going. She wasn't happy. A lot of women (and it is mostly women) see exercise as something to be endured to achieve a goal - generally weight loss. They hate every moment. Exercise speeds up weight loss but it's still going to take time. I've seen women weighing themselves after every session as if they might magically have dropped five kilos just by flogging themselves half to death on the step machine for 40 minutes.

Exercise burns calories but not very many. It works by perking up your metabolism so you burn more calories even when resting. So a weekend of beer and pizza cannot be atoned for in the gym on Monday morning. If you weigh around 155 pounds, an hour of vigorous aerobics or weight training could burn around 490 calories. One slice of pepperoni pizza has around 350 calories. That's one slice. You need to burn 3,500 calories more than you take in to lose one pound. So if you ran really really fast for over seven hours and ate nothing, you might lose a pound. Or die.

3. It's hard. If exercise was easy, everyone would do it and we'd all look like athletes. It takes time. Muscles do not just ping out overnight. That's why so many competitive body builders use steroids. I worked in a gym for a few years while I was researching my PhD and taught weight training circuits. I watched sane, sensitive men become a competitive, grunting mass of testosterone as soon as they got near the big muscly men. They'd try to lift the heaviest weights they could find, get disheartened that they didn't turn into Mr Universe and give up. Or do themselves a mischief.

4. It's time consuming. If you're going to be in the gym three or four times a week, it has to become part of your life. You have to get up early or make time in the evenings and weekends. You'll also have to lug a heavy bag full of stinky clothes around with you.

5. The gym isn't for everyone. Weight training, cardio work or classes don't suit everyone. Some people find it hard to work out alone, others don't like doing it with other people. And not everyone can cope with the changing rooms. This may sound like an odd thing to say, but some women are so painfully unhappy with their bodies that they writhe around under a towel to get changed and won't shower in the communal showers if the individual cubicles are busy. I can't speak for men as I've never been in a men's changing room (damn it) but I'm told there are man-type pressures too, mostly around eye contact while naked and getting your nob out in front of other men. You will have to get naked in front of others at some point, if only for a moment. You will also go bright red, get all sweaty and your hair will look terrible. Gyms are full of mirrors so you will see yourself looking like crap from every angle. This can be hard to take if there's a cute guy/girl working out next to you but if you're more interested in pulling than pumping, go to the pub.

Obviously, some people do join a gym, love it and stick with it. I did. It's part of my life and I don't have to think about it, I just do it - and enjoy it. This doesn't make me a Good Person, it makes me someone who suits the gym.

6. It's January. It's horrible outside, especially early in the morning when it's cold, dark and probably wet as you head to the gym. And cold, dark and probably wet when you leave work. Setting yourself tough targets at this time of year can be pretty unrealistic, a triumph of faith over reason. Give yourself a break. Start with something you may actually achieve. Go for a fast walk for half an hour three or four times a week for three months. If you can't manage that, there's no point doing anything more demanding (or expensive). Your credit card is already weeping after Christmas. If you can manage it, do you still want to join a gym? There are lots of other ways to exercise that may suit you better.

7. Suck it and see. A lot of private gyms do free tasters, a one day or sometimes three day pass. Just going to a gym, looking around and getting the sales pitch isn’t enough. You need to go at the time you are planning to go to see how crowded it is, who else is in there (big scary men hogging the Smith machine or women hogging the step machines, for example) and whether what’s on offer really suits you. Council-run gyms don’t tend to do this; for health and safety reasons they won’t let you loose on your own without doing an induction course. This applies even if you’re a regular gym user so it’s not so much about making sure you don’t injure yourself as getting more money out of you.

Chat to the staff while you’re there. Do they know their stuff? Do they look you up and down and raise an eyebrow? Do they give a toss? Do they speak something approaching English?

Then sniff the changing room. If it smells like something died in there, walk away.

8. Don't say to me 'I really should join a gym' or 'I've been to the gym three times now' or even 'Can you design me an exercise programme to do at home?' You may be the exception to the rule but I can pretty much guarantee that if I spend time and effort designing a workout for you and teaching you how to do it, you'll do it for a week. Or maybe two. And then make excuses every time you see me. And then hate me because I make you feel guilty. I really don't need it.

9. If you ignore everything I've said and join a gym - hoorah! If you're still going regularly in a year's time, let me know and we'll have a really big cake. Because gym + cake = balanced lifestyle. It works for me.
Posted by TK at 17:22