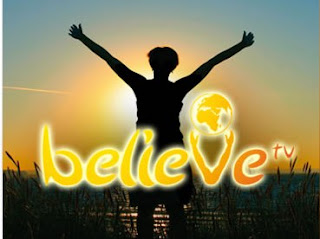 In August last year I wrote about Ofcom's ruling against the evangelical channel Believe TV for promoting Ribena and an olive-oil soap as cures for cancer and other diseases, including heart disease and ovarian cysts, as well as the soap having the power to 'grow new kidneys'.

You can read the full Ofcom document here but these are some extracts from it.

Given that the content was also soliciting a response from viewers and such individuals experiencing serious illnesses may be vulnerable to the healing claims being made, Ofcom found there was a material risk that susceptible members of the audience may be exploited by the material broadcast on Believe TV, in breach of Rule 4.6.

The breaches of Rule 4.6 were very serious because the promotions of the Paul Lewis products improperly exploited the susceptibilities of vulnerable viewers of these religious channels.

Ofcom noted for example that there were: no references for the need for people with any potentially serious illness to consult a doctor; nor any advisory text on-screen suggesting to viewers that they should seek medical advice before abandoning prescribed medicines; nor any examples of cases where it was made clear that individuals making “testimonies” of healing had continued or were continuing to receive conventional medical treatment for serious illnesses.

Therefore, Ofcom concluded that some viewers may have reasonably understood that serious medical conditions could be healed through faith healing or healing with special products alone and that conventional medical treatment could be abandoned or not even sought in favour of faith healing or using special products alone. Given that some viewers who may have watched this material may also have been suffering from serious medical conditions, and who were therefore likely to be in a vulnerable state, Ofcom concluded that this material clearly had the potential to cause very serious harm.

The absence of any form of objectively verifiable evidence for the claims made in the broadcast content.

At no time were steps taken by the Licensee to provide adequate protection to members of the public from harm or exploitation, taking into account the fact that the self selecting audience of Believe TV, given that it is a religious service, may have been less likely to question the potentially harmful and exploitative content broadcast.

Ofcom also said that In this instance, there are no direct precedent cases because this is the first case involving faith-based treatment for serious medical conditions.

Although the fine was comparatively small, this case may now set a precedent for future rulings. It also shows that offering cures is not just about freedom to express religious beliefs. This was the defence made by protestors against the ASA ruling on HOTS Bath, an organisation claiming to cure specific diseases (including cancer) through prayer. I wrote about this here.

There is no reason why religion should be exempt from the rules that everyone else has to follow. It's not persecution, it's not censorship, it's not an infringement of human rights. If you make claims to cure medical conditions through non-medical means, you must be able to prove those claims or stop making them.
Posted by TK at 19:02 No comments:

Healing on the Streets 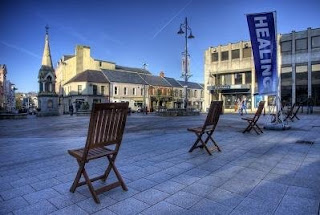 There's an organisation called Healing on the Streets (HOTS) that puts chairs out on the pavement so people can come and be prayed over.

The Advertising Standards Agency (ASA) has banned adverts by the Bath branch of HOTS that offered healing through prayer.

The HOTS website stated "Our vision is to Promote Christian Healing as a daily life style for every believer, through demonstration, training and equipping. We are working in unity, from numerous churches outside the four walls of the building, In order to Heal the sick ".

The ASA ruled that 'A video on the website made claims that HOTS volunteers had successfully prayed for healing for people with cancer, fibromyalgia, back pain, kidney pain, hip pain, cataracts, arthritis and paralysis. We noted the testimonials on the website and in the video but considered that testimonials were insufficient as evidence for claims of healing. We therefore concluded the ads were misleading'.

The ASA also 'noted we had not seen evidence that people had been healed through the prayer of HOTS volunteers, and concluded that the ads could encourage false hope in those suffering from the named conditions and therefore were irresponsible. We acknowledged that HOTS had offered to make amendments to the ads, and to remove the leaflet from their website. However, we considered that their suggested amendments were not sufficient for the ads to comply with the CAP Code.'

The ASA were concerned that 'the ads could discourage people, and particularly the vulnerable or those suffering from undiagnosed symptoms, from seeking essential treatment for medical conditions for which medical supervision should be sought.'

HOTS - Bath have stated that they will appeal against the decision. Their defence is that 'All over the world as part of their normal Christian life, Christians believe in, pray for and experience God's healing. Over that time the response to what we do has been overwhelmingly positive, and we find it difficult to understand the ASA's attempt to restrict communication about this. Our website simply states our beliefs and describes some of our experiences'.

They also comment "It seems strange to us that on the basis of a purely ideological objection to what we say on our website, the ASA has decided it is appropriate to insist that we cannot talk about a common and widely held belief that is an important aspect of conventional Christian faith".

The ASA adjudication is not an ideological objection, nor a restriction on their right to freedom of expression. They also claimed that they were being targeted by 'a group generally opposed to Christianity' whereas the truth is they were reported by one person, Hayley Stephens.

This is not a case of a religious group spreading the Good Word, which it is entitled to do, whether anyone likes it or not. It is a case of them promoting a 'service' that can have serious consequences. The ASA adjudication that they are 'misleading and irresponsible' was a scientific, evidence-based action to protect vulnerable people from unproven (and unproveable) claims.

There have been countless examples of people not taking medication and relying on prayer to cure them, sometimes with fatal results, for example here and here.

There is no conclusive evidence at all that prayer can cure what science cannot and no impartial scientific evaluation of these claims. There is no empirically tested, randomised, placebo-controlled, double-blinded, peer-reviewed evidence. There is scientific evidence that prayer does not cure and that it can even make some conditions worse. At best, prayer provides a placebo - which may work when pain is involved but does not cure a cold, let alone cataracts or cancer.

And by the way, it's illegal to claim to cure cancer according to the Cancer Act 4.1.(a) 8.

One of the testimonials on the website claimed that someone had been cured of having one leg longer than the other. This is a classic faith healing claim. Derren Brown and others have shown how the 'cure' is done.

Although the ASA adjudication means that they can't use their current adverts, prayer is still their core activity. They will still offer prayer cures to people with serious conditions and to target the vulnerable. What they do is not the same as praying with ill people as a way of comforting them or taking their minds off a difficult situation.

HOTS- Bath is a registered charity. Although healing is not stated as one of their charitable objects, it is clear from the website that it is their main objective and activity, one of the non-specified ‘Services’ HOTS provides as part of its claim for charitable status. In order to be a registered charity, a group has to prove that it benefits society. According to the Charities Act, the 'advancement of religion' is one of the 'public benefits'.

The National Secular Society, where I work, has reported them to the Charity Commission.

Some people argue that there's no point going after the small fry. HOTS-Bath's accounts show that they make very little money from their activities, for example. But as other campaigners have said - think global, act local. The story was covered in the local paper and the NSS covered it on their website, so if even a few people question what HOTS are doing or the concept of prayer healing, that's a start. Not everyone has the time, energy or inclination to take on the Scientologists, the Church, litigious mediums or the alt med industry. Old-school grassroots action works. A complaint to the ASA or Charity Commission, a letter to the local paper - even a conversation in the pub - can have positive consequences.

HOTS-Bath operate outside Bath Abbey. They say they will be back there on Thursday March 1 from 11am to 1pm.

Updated 7 February 2012
Brendan O’Neill has written in the Telegraph about HOTS that the ASA ruling is ‘an outrageous attack on freedom of religion’ and that ‘policing the expression of an inner conviction, of a profound belief in the healing qualities of God, is ludicrous and authoritarian’.

He accuses the ASA of becoming a ‘Secular Inquisition’ and claims that ‘modern-day secularists betray the values of the Enlightenment’.

There is a big difference between standing up in the pulpit or even in the street and saying ‘God heals’, and making specific healing claims. The first is freedom of expression, the second is making unsubstantiated claims to be an alternative medicine of the most supernatural kind.

O’Neill has no problem with ‘monitoring health claims in TV commercials’ or ‘keeping a check on the scientific claims made by businesses in their ads’ but wants religious claims to have a special status. It’s a kind of noli me tangere - touch me not – argument. The Enlightenment was about rational, scientific values, not just, as he claims, about keeping the civil government out of religious affairs. He’s cherry picking and twisting the meaning of the Enlightenment to defend the indefensible.

With freedom of expression increasingly under attack at the moment, these bogus claims of its infringement should not be allowed to confuse issues. Even the Telegraph printed a counter-argument.