You’ve Never Had It So Good 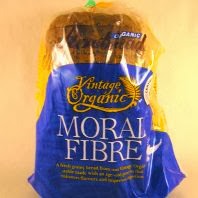 Are people now softer than they used to be? Was the older generation a bunch of toughies who quietly got on with whatever life threw at them? Humans are resilient and adaptable. We wouldn't still be here if we weren't. No generation has all the Moral Fibre.


With all the reporting about the floods and bad weather, some people have been saying that we’ve become a bunch of Walter the Softies, we should suck it up and get on with it, Spirit of the Blitz and all that. It’s a recurring theme, this is just the latest incarnation of it.

There is no way to make a meaningful comparison between the generations. Old people did without central heating, washing machines and other conveniences that make our lives easier. They got through the twentieth century wars. We have never had to cope with these conditions so there is no way of knowing how we'd respond.

What's more, they never knew any different. If you forced their living conditions on us we would not have their experience since birth so could not be able to cope instantly. A bit like if you put an urbanite down in the jungle and expected them to survive.

TV programmes where people have to live for a month like Victorians or whatever are rubbish because Victorians learnt from birth how to keep food with no fridge and entertain themselves in the evenings (hey everyone, let’s gather round the piano and have a séance while coughing our lungs up from consumption).

A lot of people in ye olden days died young from disease, poverty, poor sanitation, failed harvests, childbirth etc etc so they weren't exactly made of iron. Do the ones who survived really want us to go back to those conditions to see who would be tough enough to make it? Or do they think that we should all shut up and be grateful that food isn’t rationed? Check out the number of food banks and stop moaning that you have to wait longer for your pensioners bus pass and hitch a lift on a horse and cart like they did when you were a kiddie then, granddad.

When I was little we had no central heating, no phone and a beast of a washing machine that must have been a nightmare for my mum. People with more money probably had better stuff and easier living but does that make me tougher than them? I hate being cold. I’d have the central heating up high from October to April if I could afford it and didn’t care about global warming. Was my mum softer than her mum because she didn’t have to wash everything by hand and put it through the mangle?

The last time there were major floods, and during the war, there were only radio and newspapers. There may have been sensationalism to sell papers but there was a lot less of it and it was far from immediate. There were major floods in 1928, 1952 and 1953. In the last one, over 300 people drowned. In the Bristol Channel Floods of 1607 at least 2000 people died. At these times, most people had no idea if others were whinging or getting on with it.

There were no TV crews sticking a camera in someone's face in 1928 asking them how they felt and encouraging them to be devastated or angry to liven up the programme with some 'human interest' bollocks. During the war, it was all stiff upper lip, plucky little Brits and other propaganda to maintain morale. There are always whingers and copers but with social media, 24 hour TV news and so on, we are force-fed tragedy and adversity as entertainment. There’s a lot less news in someone just getting on with it than in some old lady whose cat has been drowned and whose photos of her wedding to her recently dead husband have been destroyed. Or: ‘So tell me, how do you feel about your drowned baby?’

Although there are many advantages to having more information, there is also the downside that we are being selectively fed factoids and told how to feel about them. For some reason, the floods in Northern Ireland have not made it onto mainstream news, for example. There is political capital to be made out of domestic disasters for all parts of the political spectrum, too.

As a sidenote, some are saying that if you’re dumb enough or rich enough to live in a flood plain, what do you expect? This is ignorance based on the smugness of people living somewhere not flooded and the assumption that if they were flooded, they would cope just fine. It’s the same mindset as the generational sneering.

I’m getting to the age where I could look at young people and say ‘you’ve got it easy’ and go into a Four Yorkshiremen routine. Are young people soft and lazy, do they have a sense of entitlement and need to be taught to have ‘character’ at school as some MPs are now saying?

Maybe. There is no metric to tell us. Perhaps all teens and twenty somethings are a bunch of jessies and I’m not as tough as my gran was with her outside loo and no hot running water and she was not as tough as my great gran with her twelve kids (who would probably have welcomed easily accessible contraception). If younger people are feeble, whose fault is that? Who brought them up that way?

The first half of the twentieth century was apparently some Golden Age of Character and Resilience, the yardstick against which we are all now being measured. But no doubt the ancestors of our grand and great grandparents would look at them and say ‘You think you had it hard? Try coping with the Black Death or living through 1816, you feeble poltroons’.

If the Tories get their way, we will all soon be living in the world of our great grandparents with no functioning NHS or welfare state. Let’s see who whines and who copes then. And by coping, I don’t mean ‘be rich enough not to care’.
Posted by TK at 17:14 1 comment: