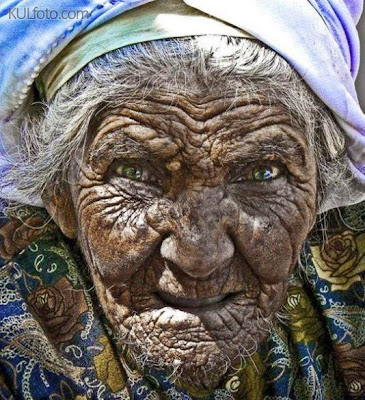 Yet another example of ‘If something seems too good to be true, it probably is’, also known as ‘Always look a gift horse in the mouth’.

After Christmas, a lot of us make a resolution to lose weight and get fit. Some of us prefer to cheat and get the effect without the effort. One way to look better without exercise, diet or buying a corset is to improve the way our skin looks. We’re all supposed to want healthier, clearer and, of course, younger-looking skin.

Boots is selling two products it claims will increase collagen. This is the company that sells homeopathic ‘remedies’ so can we trust them that these products will have any effect?

The short answer is NO.

What is collagen?
Collagen makes up about a third of the protein in the body; it’s in bones, muscles, and organ tissues. In the skin, it acts a bit like scaffolding; along with keratin and elastin, it gives skin strength, elasticity and structure.

As we get older, the body makes less collagen. Women’s bodies naturally make less than men’s and lose it at a rate of about 1% per year. Women have naturally lost almost half of skin collagen by the time they’re 50.

What are Boots selling?
Two products in particular are being widely advertised. They are Pure Gold Collagen and Active Gold Collagen. Both cost £35.99 for ten bottles. The recommended dose is ‘drink 1 bottle per day for 4 weeks, preferably 8 weeks or longer for greater benefits’. Eight weeks’ worth would cost over £200 and there is no indication that this would be enough to solve the problem forever or whether it needs to be taken indefinitely.

What are they claiming?
The claim for both Pure Gold and Active Gold is that they are ‘based on a formula specifically developed to offer a unique combination of collagen and supplements for good absorption and bioavailability.’
The other ingredients are slightly different in each but both also contain zinc, copper, vitamin C, vitamin E, vitamin B6 and biotin.

Bioavailability means the quantity or fraction that is absorbed and can be used by the body.

Does it work?
It occurred to me that the body might not absorb collagen taken in this way. I asked Alastair Duncan, Principle Dietician at Guys and St Thomas' Hospital in London what he thought. He replied ‘The collagen in the supplement will not work - it is a protein, and will be digested into amino acids which we'd get from everyday food. That leaves the vitamins and minerals - they might help in someone with an unbalanced diet, but you could buy these for a few pence’.

Are skin creams any more effective?
Boots also sell various skin products that claim to help with collagen loss, like this one or this one for pregnant women. Might they work any better? Not according to this doctor, who writes ‘Most collagen molecules applied to the skin in lotion, cream or gel forms are far too large to be absorbed into the dermis - they merely lie on the surface and get washed or rubbed off. There are some companies that are selling micronized collagen which are meant to be small enough to be absorbed into the skin, but it is unlikely these micro molecules would be in any form useable by skin cells. It is also highly likely that any collagen that actually manages to penetrate the skin would be challenged by the body's immune system as a foreign body.’

Does it matter?
Although anti-ageing and skin products are now being targeted at men, it is still principally women who are the core market being touted the elixir of youth. As the population ages, this market is expanding. Boots is a trusted brand so people expect anything they buy there to work.

If anyone is prepared to waste £200 to look younger, then isn’t it a case of caveat emptor? There’s no evidence the products do any harm and they’re not being forced on children as some parents do with ‘alternative’ medicine.

Boots are exploiting a niche in the market. It’s what companies do if they want to make profits for the shareholders. They’re not charities. No one forces a fish to swallow the baited hook. Fishermen could put a little tag on the lure saying ‘Warning: may contain hooks’ but the fish would still bite because they can’t read. In the same way, most customers can’t read between the lines and apply a bit of science to work out that they’re being hooked on an expensive product that will do nothing for them.

As ever, the only things that helps protect skin and slow down ageing are tediously predictable: avoid sunlight and smoking, eat a healthy diet with plenty of fresh fruit and veg, exercise regularly. Unless Boots is planning to develop a sideline as a greengrocer, the only anti-ageing product they should be selling with a clear conscience is sunblock.