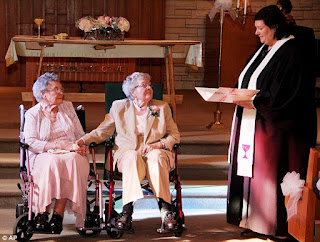 Is regular sex good for your brain as you get older?

The journal Age and Ageing published some research in 2016 on the effects of sex on the brains of older people called Sex on the brain! Associations between sexual activity and cognitivefunction in older age.

The Journal of Gerontology has just published Frequent Sexual Activity Predicts Specific Cognitive Abilities in Older Adults, which says it ‘replicates and extends the findings’ of the first study.


Any article purporting to be about the science of sex makes for good headlines, but is the science any good? (Spoiler: No).

First, the Sex on the Brain research. Let’s set aside the dreadful title. Has anyone done research into the tendency of academic studies to make themselves sound like tabloid articles?

The word to keep in mind here is ‘association’. We’ll come to that.

People in the study were asked about sexual activity in the last 12 months. The findings were that ‘sexually active men and women to have significantly higher scores on the number sequencing and recall tests than sexually inactive men and women (all P < 0.001)’.

This is where the alarm bells start to go off.

As all good skeptics know, correlation does not imply causation – or ‘association’ as the study calls it. That’s at the core of the problem with this research. Both studies admit this: ‘we can only speculate as to a causal relationship at this time’ and ‘we cannot infer a causal relationship between SA and cognitive function’. So all the studies are really saying is that people who say they have more sex when they are older do better on certain tests.

It’s important to have a control group when researching: people who did not receive the treatment or got a placebo or who didn’t do something to others did, for example. You need something to compare your results with.

The control group here is people not having regular sex. This might work if there were no other variables and confounding factors. But that’s not the case. It would be a much better indicator if the people who did score higher had no sex for 12 months and were then retested. Did their abilities change?

Another problem is that the average age of people having sex was 64.4 years and those not having sex was 72.9 years. That’s quite a big difference in terms of ageing; changes to the body over those 8.5 years are not considered. Women at the lower end of the age range were not asked if they had been through menopause, which can affect sexual activity and interest.

There was no indication of whether the participants were straight or LGBT, trans or cis.

The sample size is good, 3,060 men and 3,773 women, enough to produce significant results. But there were 2349 men who were having regular sex and only 711 who weren’t, which could skew the results.

A further problem with the research is that ‘sexually active men and women were more likely to have a higher level of education, be younger, wealthier, more physically active, not depressed, less lonely and have a better quality of life’.

This is where another klaxon goes off.

People with more money and a better education scored higher. They were also more likely to be living with a partner and so have easier access to sex. The study could just as well be called ‘Educated, wealthy old couples have more sex!’ (Not quite so catchy as titles go)

It could also have been called ‘People with depression, illness and loneliness have less sex!’ These conditions don’t just affect older people but everyone and can reduce sexual desire or activity.

Both studies speculate that the cause could be the ‘potential cognitive enhancing effects of dopamine’ and ‘enhanced oxytocin release’. These two have been shown to improve cognitive functioning but levels were not measured in participants.

There’s also the problem of self-reporting. How honest were the answers?

The participants were not asked if they were having good quality sex or how their sexual activity had changed over time.

The second study replicated the findings of the first and tested for a wider range of cognitive functions. But there were only 73 participants (aged 50-83), not enough to be statistically significant. One of the tests was to list as many words beginning with F as possible. Don’t tempt me.

How are the media reporting these findings? One guess.

The Express says ‘University boffins have discovered older people can boost their brain power - by having more sex’ and thoughtfully includes a badly-drawn diagram on a sex position for people with arthritis. Props for using the word ‘boffins’ though, that always makes me laugh, especially in an article about sex.

The Evening Standard goes with ‘Over-50s can boost their brain power by having more sex, new research has found’. That’s an interesting but not unexpected use of ‘found’.

The Daily Mail says ‘Sex is the key to staying sharp in old age!’ What are we to infer from the exclamation mark? That it’s a surprise? That old people are having sex? Or just that it’s about SEX!

So yes, the expected uncritical response because it’s SEX. And we all like to read about SEX. Or SEX! to be more accurate.

What do we take away from this research?

That some people do better on some cognitive tests than others and that they are likely to be better educated, wealthier and healthier. They also have more sex.

There’s no consideration for people who either can’t have sex or don’t want to and how articles like this might make them feel. The research is carefully neutral but the media coverage implies that people should be having sex to preserve cognitive faculties. It’s up to you, shag or go senile. No pressure.

As a positive takeaway, if you’re not having sex, your brain is not doomed to shrivel up. Dopamine levels can be increased through exercise, getting enough sleep, achieving goals (even small ones) and eating bananas. Oxytocin levels can be increased by holding hands, stroking pets, laughing, exercise and even looking at pictures of cute things.  So go eat a banana and look at some kittens.


Appendage: The picture at the top is only vaguely linked to the subject but all the words I could think of to put into an image search would have taken me somewhere I may not have wanted to go.