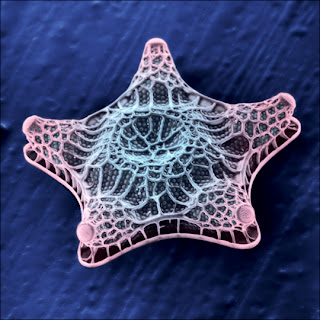 I’ve been enjoying diatoms this week so I thought I’d share.

As a non-scientist, sometimes my attention is caught by something because it looks interesting or strange. In this case, the many many varied forms of the diatoms caught my eye. I admit, my first reaction was aesthetic – which is a fancy way of saying they look great. My second thought was – I wonder if I could crochet some. Then I started looking into them. Sometimes scientific enquiry can be led by a superficial attraction or a childlike curiosity. That’s my excuse, anyway.

This is what I have learnt:

Diatoms have been around since the early Jurassic period, around two hundred million years. There are more than 200 genera of them and an estimated 100,000 extant species. They’re not in the big league of beetles (around four times as many) but that’s still pretty impressive.

They are single-celled plants, a form of algae that lives in both fresh and salt water, and they exist in fossil form too. Most of them are microscopic but some can reach a mighty two millimeters.

The name comes from the fact that the cell is in two halves, from the Ancient Greek διά (dia: through) and τέμνειν (temnein: to cut) - cut in half.

Their single cell wall is made of silica (hydrated silicon dioxide) and is called a frustule, a word which I am enjoying saying to myself when no one is around. Most are non-motile (they don’t move by their own power). Some float around on their own and some form colonies.

You might think that something that old, small and basic would be some sort of blob, of interest to only the most niche of scientists. 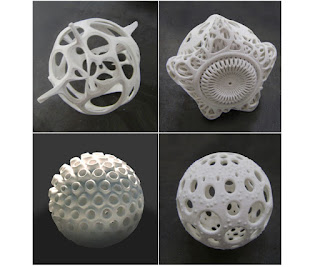 Next time you swim in the sea, a river or a lake, think about the fact that you're surrounded by them.

They don't just look great, diatoms are one of the most important components of marine phytoplankton and therefore form the basis of the whole marine food chain. They fulfil both of William Morris's criteria: beautiful and useful.

They’re also immensely useful to us for monitoring environmental conditions and water quality.

But, most of all, their variety and their shape is amazing. I’m glad I took the time to look them up and learn something but, for me, it will always be their appearance that is the most attractive thing about them. Does that make me forever a hopeless non-scientist? Maybe it doesn't matter if my route to knowledge is along a path strewn with pretty or weird things.

Here are a few more. Enjoy. And no, I haven't crocheted any. Yet. 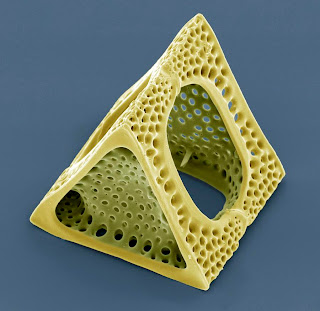 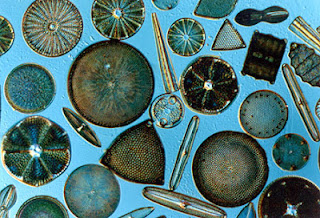