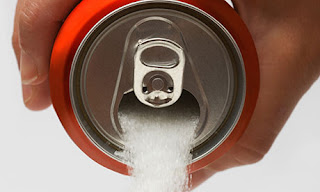 The British Medical Association is calling for a 20% tax on drinks with added sugar in an attempt to stem the increase in obesity, Type 2 diabetes and tooth decay.

Obesity costs the NHS more than £5 billion every year and treating Type 2 diabetes costs £8.8 billion a year, almost 9% of its budget (smoking-related disease costs around £2.7bn)

However, the BMA proposal may not be the simple fix it appears to be.

The BMA cites evidence from other countries that increasing the cost of these drinks leads to a reduction in obesity in the population. A meta-analysis of the link between a sugary drink tax and obesity levels finds that there is some correlation in America, France, Mexico and Brazil where an increase in price was associated with a decrease in the demand for what the analysis calls sugar sweetened beverages (SSBs).

The BMA cites Mexico as an example of a country where a tax has worked in reducing obesity but doesn’t consider if other measures were taking place at the same time – for example, health awareness campaigns and reduction of sugar in other products. In other words, as we so often find, correlation does not equal causation.

In some countries, people drink SSBs because they have little or no access to clean drinking water – in some parts of Mexico and Brazil, for example. This may have influenced the amount of SSBs people were drinking and their choice of alternatives – which makes them less convincing as arguments for a tax on SSBs in the UK. In other words, the BMA is not comparing like with like.

Ironically, in one part of Mexico, the local Coca Cola making plant takes all the fresh water, forcing locals to drink Coke. Diabetes rates are what you'd expect.

The meta-analysis found that, rather than choosing diet versions of SSBs, people switched to juice and milk. One study found that the impact of a tax may be minimal because of this and that the fats and calories in these drinks could reduce the effect of SSB price increases. There are vitamins and calcium in these alternatives but if weight loss is the aim, this is not a good argument.

There are also culture-specific factors that need to be considered in the UK.

Focussing on sugar sidelines the problem of fat consumption. Saturated fats are still a major health problem in the UK even if the current fashion is to demonise sugar and blame it for all our ills. Sat fats often come as part of the sugary package – for example in biscuits and chocolate. The UK is the third largest consumer of chocolate in the world and the second biggest biscuit eater.

According to the NHS, sweet drinks are not the biggest contributor to adult sugar intake. Up to 27% of it comes from table sugar, jams, chocolate and sweets and 20% from cakes, pastries and biscuits. Only 25% of added sugar comes from soft drinks and fruit juice. Note that this includes supposedly healthy fruit juice.

The British also eat more crisps than the rest of Europe put together and a third of UK children eat crisps every day. In addition to the fat content, there is all the salt, too.

So while cutting back on SSBs may help, the fact that a tax may have worked in other countries doesn’t mean it will necessarily work here. The BMA needs stronger evidence tailored to British eating habits and culture to make a convincing argument.

Another objection is that a tax would hit the poorest the hardest. The counter-argument is that lower-income groups have seen the greatest rise in obesity. Several US states introduced a tax on SSBs to raise revenue but are now claiming this is part of their anti-obesity policy, so any comparison of the UK with the US should factor in political capital to be gained from any tax as well as financial interests – and political cowardice.

The sugar lobby in America is very powerful, influencing governments and being highly duplicitous about the effects of sugar and the situation in the UK is not much better.

It is very much easier for governments to penalise the public than the producer.

If the tax raised is spent on providing subsidies for healthier drinks and foods or health awareness campaigns, there could be some justification for it; so far there is no indication that this would be done. But this too would let the sugar producers off the hook.

The Scientific Advisory Committee on Nutrition is releasing a report this week that says sugar should take up no more than 5% of daily intake, down from 10%.

Figures from the national diet and nutrition survey, referenced in the SACN report, found sugary drinks to be the highest contributor of sugars to the diet of 4 to 10 year olds. While reducing children’s sugar intake is undeniably a good idea to prevent disease in the future, it doesn’t tackle current problems and, again, ignores fat intake. Current adult saturated fat intake, at 13.3% of food energy, far exceeds the 11% maximum recommended intakes and this 2.3% is enough to have a significant health impact.

The Government has delayed the release of a detailed assessment by Public Health England of the likely success of a range of measures to reduce our addiction to sugar. If it ever is released, it will make interesting reading.

It’s clear that something has to be done to curb our sweet tooth but it’s a much more complicated issue that the BMA appears to think it is. There needs to be a different approach for adults and children. Other sources of sugar need to be tackled alongside drinks for there to be any hope of success. Political and financial considerations need to be factored in. Fats must be targeted as much as sugars.

It could be argued that the BMA’s proposal is a step in the right direction. But it’s a false step based on insufficient evidence and a failure to address the bigger picture. It’s like putting a sticking plaster on a gaping wound.

A thorough new report found that "We were unable to find evidence that any sugar tax actually implemented anywhere in the world has led to improvements in health."

Another strong argument against sugar tax.

Sometimes it's good to be vindicated.