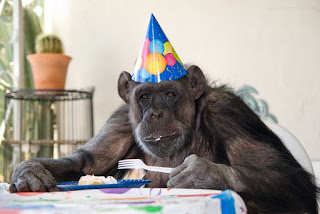 Part Three of dispatches from the front line after ONE YEAR without smoking
(Part One, Part Two)

Have I smoked in the last year? No. Not one. Do I still want to? Yes. Will I give in? The hell I will.

The addict part of my brain will always be there but it’s become a puny, mewling thing.

One of the strongest triggers now is leaving a cinema; my first thought is still to light up. Last week I dreamed I was smoking and really enjoying it; for the next couple of days I really wanted one. An ex-smoker I know said this still happens to her occasionally, even after years.

People keep saying that I must feel so much better. In theory, my immune system should now have recalibrated, the cilia and cells in my airways regrown. My risk of coronary heart disease, heart attack and stroke has dropped to less than half that of a smoker. But it’s only in the last couple of weeks that I’ve actually started feeling well after being almost constantly ill for more than eight months - not just with post-smoking coughs and colds but with non-respiratory viruses.  The GP tells me this is normal. Bloody marvellous.

I’ve just got back to my pre-quitting weight. Maintaining it is hard and means not even looking at lovely, lovely sugar more than once a week. I’m eating less overall than I was too, which is a real challenge.

My knees have adjusted to the extra cardio and my bum muscles are a bit firmer than they were.

I’ve saved myself a couple of thousand pounds (my brand, Silk Cut Silver, now sells for £10.45 in my local supermarket, of which £5.19 is tax). Am I saving the NHS money? I may not need it for smoking-related diseases but if I live longer, I will need it for other things.


Since I quit, standardized cigarette packaging has been introduced and the ten pack is no longer available. The idea is that the drab boxes with big ugly health warnings will make more people quit and put children off starting. The evidence for quitting is very slim but there is some evidence that the boxes are less attractive to teenagers.

Most of the legislation, constant price increases and public health strategies are aimed at preventing young people from starting. They won’t put off the addicts – and certainly wouldn’t have made me stop.

You can see why vaping is becoming more popular with its pretty colours and no health warnings or gruesome images. So far. Evidence is growing of the dangers of vaping if it is not used as a short-term quitting aid.

Some tobacco companies have started selling tins to avoid the new packaging rules and keep their branding visible. One expert said “The fact that these tins appeared almost immediately prior to the branding and size restrictions coming into force is suspicious.” It’s not suspicious, it’s predictable. They are not going to go down without a fight for a global industry currently worth $770 billion a year.

I’ve learnt a lot about quitting in the last year, some of it scientific, some of it personal. The main messages are:


So that’s my year of quitting. Now give me that damn cake.

Nearly two years in and I am now a much greater drain on the public purse than when I smoked. Sorry about that.

I keep dreaming I'm smoking again, possibly because it's coming up to two years since I quit and it's on my mind. Sometimes you just have to wake up and say Fuck off, brain.

We had an interesting talk at London Skeptics (which I run) about harmful behaviour. The speaker, Dr James Erskine, has done research that shows not thinking about something isn't the answer. That just increases the cravings and the likelihood of giving in. And when you do give in, you'll do way more than you used to as a kind of rebound effect (the return of the repressed). The trick is to acknowledge and observe the thought, which helps 'decouple it' (his words) from acting on it.