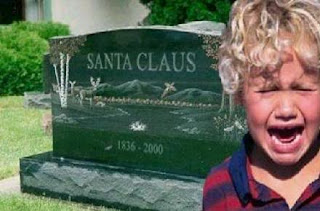 Christmas is coming, the goose is getting fat and, inevitably, the sound of voices struggling to reach the high notes in Hark the Herald Angels Sing is joined by the voices accusing atheists, secularists and anyone else they can drag in of killing Christmas.

It's not like anyone is standing outside churches stopping people going in but yet again, we are cast as Alan Rickman's Sheriff of Nottingham telling his minion to 'call off Christmas'.

Archbishop Rowan Williams isn't resting very merry, being seriously dismayed about school nativity plays and public carol singing being banned. Some schools aren't doing nativity plays this year, which is a sign as clear as the Star of Bethlehem that we're all going to hell in a handcart, apparently. He said that 'most people of other religions and cultures both love the story and respect the message'. No empirical evidence to substantiate this claim was supplied.

Meanwhile, Local Government Secretary Eric Pickles is ding donging merrily about a 12 year old story. It is traditional to tell stories about the dead coming back at Christmas, after all. In 1998, Birmingham Council allegedly called their celebrations Winterval and banned all Christian elements from them. Except they didn't, they still used angels in their publicity materals and promoted carol concerts, among other things. Pickles commented that "Shoppers want to see Christmas lights, Christmas trees, carol services and nativity scenes, and councils should not hesitate in supporting them". Has he been down Oxford Street lately?

And then there's the Mail getting all deep and crisp and even about supermarkets not selling enough Christmas cards with religious imagery on. They're joined by the Evangelical Alliance whose Don Horrocks said: "There has been a rise in cards that say 'Season's greetings' or 'Happy holidays' which is evidence of the speeding up of the trend of stripping the religion out of Christian festivals'. Shame on you all for buying cards with robins on instead of a nativity scene surrounded by seasonally inappropriate snow for that particular part of the world.

Joining these three wise men is Archbishop Carey and his I'm Not Ashamed leaflet encouraging people to be proud of their religion. Mighty dread has seized his troubled mind about nativity plays, cards and 'winter lights' instead of Christmas lights too. Ironically, he also says in the leaflet: 'There are aspects of Christianity of which I am ashamed. I am ashamed of the way in which the external form of religion has got in the way of real faith'. Would that be external forms like trees, cards and small children with tea towels on their heads pretending to be shepherds washing their socks?

According to a ComRes survey, 46% of people think that 'The birth of Jesus is irrelevant to my Christmas', 54% think it's over-rated (bah, humbug) and 61% think it's mainly for children.

When asked if they would be attending a Christmas church service this year, 36% said they would. However, only 5% of people go to church at Christmas and only 2.1% take communion in C of E churches - and that's the C of E's own data. The spirit may be willing, but the flesh is weak, especially when it's full of mulled wine.

What about all these Christmas traditions that we're supposedly banning or spurning? The Christmas tree was made popular by Prince Albert in 1834 and the first commercial Christmas cards came out in 1843 (and were never solely religious) - not exactly ancient traditions. These are hardly the 'religion' part of Christmas anyway.

Trees are a pagan solstice symbol and carols also have pagan roots, some of which still show through, like The Holly and the Ivy and Deck the Halls. And let's not even go into the fact that there is almost nothing about the whole Christmas story that wasn't pinched from earlier mythologies.

Yes, let's indulge for a moment, it is Christmas after all. As the Rt Rev John Davies, Bishop of the Church in Wales said: "If , in a strict sense, the stories are deemed not to be historically true in each and every detail, it does not mean that they do not convey truth, the most profound truth". Santa legends also convey profound truths about being nice not naughty. Some of the Scandinavian ones have dire warnings about what happens to children who don't behave that make hell look like a soft option. If you're going to promote some made-up ideas that have 'profound truths' then you've got to expect a bit of competition. Another Christmas morality tale about good and evil, sacrifice and redemption is Die Hard, which has the advantage that the saviour gets his shirt off. And if you like a heavy dose of saccharine and emotional manipulation with your profound truths, there's always Dickens.

Nativity plays in schools are also comparatively recent. In the past, religious Christmas drama was either a Mystery play or a Mummers play - a mixture of Christian and very pagan elements, both performed by adults. Culture evolves, traditions come and go. Trying to cling to a few fairly modern semi-pagan traditions is not going to bring people back into the churches or revive their interest in religion.

If Christianity was all peace on earth and goodwill to men (and women) then it might be more popular.

It's not all of us non-believers who are killing the Spirit of Christmas, it's the mass indifference of the public who would rather be at home with family and friends eating mince pies and watching Doctor Who come down from on high to save the world. There'll be carol singers around later, that's Christmassy enough. Who knows, they might even be in tune. 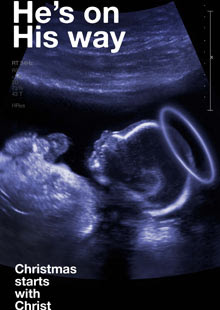 The UN general assembly passes a resolution every two years condemning extrajudicial, summary and arbitrary executions. The resolution specifies killing for racial, national, ethnic or religious reasons and the killing of refugees, street children and indigenous people, among other groups.

But this time, it has left sexual orientation off the list with an amendment replacing a resolution that has stood for the last ten years. Instead there is a rather feeble 'discriminatory reasons on any basis'.

There are 76 countries where homosexuality is a criminal offence, six where it's punishable by death, which are Saudi Arabia, Iran, Mauritania, Nigeria, Sudan and Yemen - and Uganda is considering adding the death penalty to its laws criminalising homosexuality.

The amendment passed by 79 votes to 70. Seventeen countries abstained and 26 were absent. The 79 were the six where homosexuality is punishable by death and the rest included Uganda, Zimbabwe, Tanzania, Lebanon, Kenya, Algeria, Tunisia, Jamaica, Malaysia, China and the Bahamas. South Africa also voted for it, despite being the first country to outlaw discrimination based on sexual orientation.

Two other countries in favour of removing sexual orientation from the list were the Russian Federation and Qatar where the next two FIFA World Cups will be held.

Britain and the US condemned the motion. But the resolution was approved by the committee, which includes all 192 member states with 165 in favour, 10 abstentions (including the USA) and no votes against. This means that even though 70 countries voted against the amendment, not one voted against the final resolution.

So not only can you be murdered for being gay, you could well be killed just because someone thinks you are, or it suits them to think you are. Being bi or transgender is just as dangerous.

There is a belief in many member states that homosexuality is a western disease, that being gay is a choice and that it's un-Christian or un-African or un-Islamic. Western countries are often reluctant to criticise or get involved with the laws and cultures of other countries for fear of being accused of cultural imperialism.

Any brutal practise that is claimed to be traditional, religious or cultural - such as FGM, for example - can be considered off-limits whereas actions like the killing of street children are widely condemned. Moral relativism rears its ugly head, especially when the religion card is played, so critics back off and do the dance of cultural appeasement.

It's much easier to come to the defence of children, indigenous peoples or other groups that are not condemned by orthodox religion, for a start. There are very few countries that disapprove of homosexuality for other than religious reasons (although China is one of them).

The fact that the UN previously included sexual orientation in the list didn't stop many countries actively persecuting and executing LGBT people but now that it is not even explicitly on the list, there will be even less incentive to respect their human rights or to be covert about the murders, LGBT rights workers will have an even harder job and lives will be lost as the West stands by and wrings its hands.
Posted by TK at 16:12 1 comment: