I promise that I will do my best... 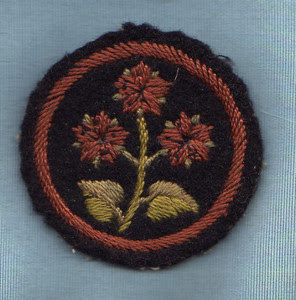 The Guides and Brownies are now consulting on whether to change their Promise. The usual objections will be raised in certain quarters by people who are too quick to think that their faith is being persecuted, that our great traditions are under attack, that everyone should adore the Queen (gawd bless her) or by people who just don't like change. These are the facts.

I was an Imp in the Brownies and a Scarlet Pimpernel in the Guides. I still have all the badges. Growing up in a village, they were an important part of learning social skills and a good way to escape my parents' control for a few hours a week. It's because I enjoyed them that I'd like every girl or young woman to be able to join fully, not because I want to tear down the very fabric of society.

What do Guides and Brownies do?

According to the web site, the ethos of Guiding is that

All girls are welcome
We put girls in the lead
We encourage girls to speak out
We let girls have their own space.

A change in the promise would mean that all girls are equally welcome, which is not the case at the moment.

Guiding is not just about doing good deeds locally. They've joined with five UK charities to help members learn about issues that seriously affect the lives of girls and women around the world, and to 'empower them to advocate, volunteer and raise awareness to make the world a better place for girls'. Basically, at its best it's Girl Power in uniform.

The Guide Law is a pretty good set of values for anyone:
A Guide is honest, reliable and can be trusted.
A Guide is helpful and uses her time and abilities wisely.
A Guide faces challenges and learns from her experiences.
A Guide is a good friend and a sister to all Guides.
A Guide is polite and considerate.
A Guide respects all living things and takes care of the world around her.

Why change the promise?

At the moment, the Promise is:
I promise that I will do my best:
to love my God,
to serve the Queen and my country,
to help other people
and to keep the (Brownie) Guide law.

They say they are consulting because 'Over the past few years we have heard from more and more girls and Leaders who struggle with the wording of the Promise, particularly in interpreting what it really means to girls today'.

Guiding is not about camping, church parade and learning how to fold bandages. It's not a training ground for some 1950s type memory of the Women's Institute.

Why attack a great tradition?

A change to the Promise would not undermine the values of Guiding or deny its history. As they point out themselves, since they were founded in 1909 (Brownies in 1914), the Promise has already changed 11 times 'to reflect changes in society and to make it more meaningful to girls and women'.

People who oppose change and cite tradition as a defence often mean they want things to stay as they were when they were young, not as they have been for all time. It's a form of parochial nostalgia.

No they're not. The web site states: 'Girlguiding UK has always been open to girls of all faiths and none – we have never been a Christian organisation'. You don't currently have to make the Promise but this means that there is effectively a two-tier membership. Some Guides are more equal than others.

The proposal is to change or remove the line in the Promise about loving God. At the moment, if you're a non-believer, then either you can't be a full member or you have to lie when you make the Promise, which is hardly in the spirit of the Guide Law. Girl Guides Australia removed the reference to God from their Promise in 2012.

I did make the Promise and, at the time, I meant it. I had a very religious upbringing that I hadn't turned away from at that point. But as society changes, an increasing number of girls and young women have decided they don't have a faith and shouldn't be excluded or downgraded.

This isn't about excluding or marginalising religion, it's an equalities issue, about making Guiding open to everyone, equally. A change would also open up the organisation to adults who want to volunteer, the Brown Owls and all the others.

Changing the Promise would also change people's perception of Guiding. Saying they welcome everyone but having a religious component to the Promise sends a mixed message.

God save the Queen, you evil commie Republicans

There's also a proposal to change the part about the Queen - not because Guides have gone all republican but because serving Queen and country is a rather nebulous, archaic and even militaristic concept that has little or no meaning to many people today.

Why does this matter?

This may seem like a minor issue, but it's an area of inequality that could be easily fixed, to the benefit of women. And, in a society where there are so many pockets (or gaping holes) where women's lives need improving, it's a change that could affect a lot of people. Not all changes need to be huge.

Girlguiding UK has around half a million members including about 100,000 trained volunteer adult Leaders and supporters.

There has been a lot more in the media about changes to the Scout Promise and campaigners have paid them more attention, sometimes getting pretty heated. The Guides have largely been ignored until now. They seem much more open to change than the Scouts, who have long refused even to consider dropping the God part of the Promise, although they too are now consulting.

What can I do?

Anyone can respond to the consultation. Adult non-members can fill out the questionnaire (and leave comments) here. It takes about ten minutes.

UPDATE 22 JUNE 2013:
The Guides have now decided to change their Promise. The new version will be:
I promise that I will do my best: to be true to myself and develop my beliefs, to serve the Queen and my community, to help other people and to keep the Guide law.

And of course there has been the predictable howl of protest from certain religious groups, equally predictably quoted in the Mail, Express and Telegraph.

There is also the predictable protest that Guides and Brownies will now promise to serve their community rather than their country, although the Queen has kept her place. Words like lefty and liberal salt these articles.

Chief Guide Gill Slocombe has responded:
“All the essence of what we do is still in the Promise. It has just been reworded to make it more easily understood by the girls of today.

“We were getting feedback that people were struggling with the Promise, they were uncomfortable with it. I have used the word 'off-putting’. I think people were gritting their teeth and saying it.

“This was never a faith organisation. It was always a spiritual organisation. I don’t see how Guiding could have grown to 145 countries with 10 million girls worldwide if everybody had been expected to go along to their local Anglican church and sign up.

“Nothing is changing except the Promise. We have been wilfully misunderstood. Let’s hope we can set the record straight.”

Wilful misunderstanding is something that people keen to get on their high horse about the destruction of everything they hold dear are very good at.

Being true to yourself is a bit nebulous and needs to be clearly framed within the context of the Guiding ethos as a whole to give it any meaning but it's not the wooly fudge that some critics are making out.

The Scouts are said to be planning a change to their Promise later this year. It shouldn't matter that the girls got there first, but it does to me. Come on boys, keep up.

Well done, Guides and Brownies, you have done your best. My ten year old Brownie self gives you the three-finger salute. 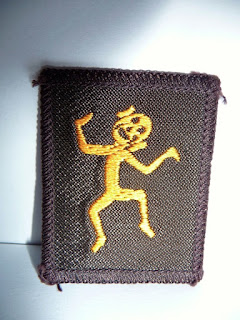