How Old Is Your Heart? 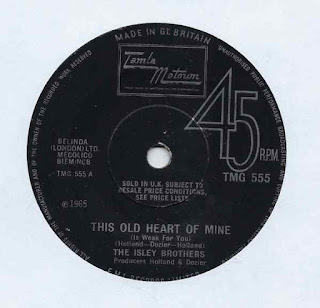 Public Health England (PHE) in collaboration with the British Heart Foundation (BHF) has launched a heart check-up to identify ‘your heart age compared to your real age’.  Is it a valuable public health intervention or a waste of time and money?


It begins by asking age, gender, ethnicity and postcode.

Then: Do you have cardiovascular disease? No.

Do you smoke? No.

But I did. I quit two years, three months and thirteen days ago. Not that I’m still counting. But this does make a big difference. My heart is ‘older’ than it would be if I’d never smoked, I know that. It can take up to ten years for risk levels to return to those of a non-smoker.


Next it asks for height, weight and a few questions on medical history. Pretty standard.

Then it asks what your cholesterol level and blood pressure are. How many people know that?

And that’s it, end of test. It tells me that my heart age is four years older than my real age and says this:
Your risk of having a heart attack or stroke within the next 10 years is 5.8%

Your heart age is an estimate because you don't know all your numbers. We've based your result on the national average.

If you have high cholesterol and blood pressure, your heart age could be as high as 69.

Make an appointment with your doctor, nurse or pharmacist to get your blood pressure and cholesterol tested.

There are no questions about alcohol and drug consumption, diet and exercise, all things which the NHS and PHE normally tell us make a big difference to heart health. I’ve lived in central London all my adult life and we keep being told how damaging pollution is to health and longevity so it might be a good idea to include a question on that.

The NHS is already struggling, does it really need a few million people making appointments to get their BP and cholesterol checked? Or do they expect people to rush out and buy self-testing kits? And then going to the GP when they get a high result. GPs have not surprisingly expressed concern about this test adding to their already extreme workload.


Is it good public health policy to frighten people with an unrealistic heart age? Who is the mythical ‘average’ person the figures are based on? I’m considerably taller, lighter and fitter than the average woman, for example (and an ex-smoker, yes, I know) so they can't use her to scare me like some sort of Baba Yaga.

There’s also the question of efficacy. NICE has already rejected the use of lifetime risk scores because of a lack of evidence, which means they will scare people, overload GPs - and not have any effect. It’s not even a case of the end justifying the means.

The people behind the project are defending it in various parts of the media by saying it will raise awareness and start a conversation. As an awareness raiser it fails because all it will do is frighten people into going to the GP, or frighten them and then they’ll carry on as normal, or make them think about making some changes and then give up after a few weeks because that’s how we operate. No imminent threat, no motivation.  Will there be any follow-up to see if people have taken action? Doubtful.

If it’s a way of collecting information about the population, then the holes in it make that information of very limited value – unless all PHE wants to know is how many of us don’t know our BP and cholesterol. This is not a compulsory test. The people doing it are self-selecting, opting in, and the reasons they do this could skew the results. Is it idle curiosity, concern, fear or some other reason? Is it mostly the group known as the ‘worried well’? People on very low incomes and many old people will be excluded because of lack of online access.

Heart disease is a serious and growing problem that takes long-term investment and lifestyle management to tackle.  According to the British Heart Foundation:


Heart and circulatory diseases cause more than a quarter (26%) of all deaths in the UK - over 150,000 deaths each year, an average of 420 people each day or one death every three minutes.

But hang on a minute… it also says:

Since the BHF was established the annual number of deaths from heart and circulatory diseases in the UK has fallen by more than half.

Since 1961 the UK death rate from heart and circulatory diseases has declined by more than three quarters.

Would it not perhaps be worth looking at why rates have fallen, what else people are dying of, what interventions have worked in the past, where limited resources could be most usefully targeted? For example, obesity has risen since 1961, smoking rates have fallen and life expectancy has risen so people are more likely to have multiple comorbidities that accumulate with age – more than one potentially life-limiting condition at once.

As it happens, I did have my BP checked this week as part of an ongoing treatment for something not heart-related. I didn’t put it in the test because I wanted to see what results came up. The nursing assistant who checked it said he’d tried to take the test but it didn’t work because he was too young. He agreed with me about the flaws in the design. (My BP is great, thanks for asking).

If you do want to know about the state of your heart and its future, you’d be better off doing this: 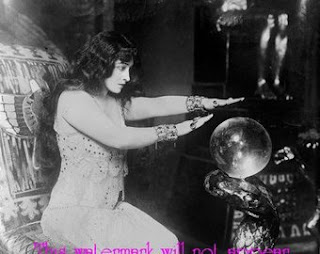