Pulling the wool over your eyes 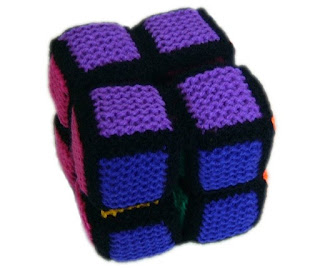 Pat Ashforth and Steve Plummer have been knitting and crocheting mathematical images and objects for over twenty years. They’ve given demonstrations at science festivals, schools and craft exhibitions to ‘teach maths in an unconventional way’.

Some of the pieces have taken many thousands of hours to create and some have been bought by the Science Museum. Anything that engages young people with maths or science is laudable but is this anything new or interesting or artistic, worthy of a place in the Science Museum? Why is the Guardian getting so excited about them?

Firstly, does making these pieces out of yarn add anything to them? I spoke to Elaine Jones, a professional crafter, who said:

Most of their blanket designs would be equally interesting (and maybe clearer) as designs on paper. The craft aspect adds nothing, whereas hyperbolic crochet, for example, is a really good way of creating 3D shapes that are not easily made in other ways.

Hyperbolic crochet is something I did and wrote about here quite some time ago. 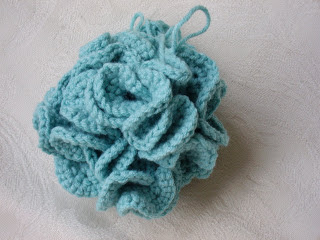 It started as a teaching aid and has developed from there. There has been a travelling exhibition of coral reefs made from hyperbolic crochet. They are both beautiful and have a scientific purpose – two, in fact. One is solving a problem of three-dimensional mathematical representation, the other is ecological. This is something that would be very hard to do in any other media.

For many craftspeople, maths is a tool, not an end in itself. Elaine continues:

It also made me consider how much maths/geometry there is in traditional pattern design anyway. The article totally overlooks this, making it sound as though using mathematical sequences to create patterns is 'amazing', instead of being something that craftspeople have always done. The difference is that craftspeople are concerned about aesthetics, whereas these people are not (as evidenced by some of their minging colour choices!)

This really is not special at all: 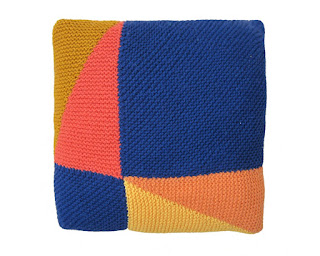 Elaine then says
I have a bit of a bee in my bonnet about science in art/craft. Some of it is great, but some of it is not. Despite that, if someone creates work based on something 'scientific' it immediately attracts more kudos than purely aesthetic work, regardless of its merit. It's an interesting idea, but to be really good, the execution and visual appeal should be good too. Otherwise, it's just mathematicians knitting stuff.

She is absolutely right. Part of the problem for me is that people who don't craft are impressed by any old bit of hand-made crap (which works in your favour if it's a birthday gift). Etsy is full of lumpy ugly stuff that people are charging money for. The fact these pieces are hand-made doesn’t make them ipso facto special. People have been making complex carpets and wall hangings for over a thousand years by instinctively using maths – and many of them were innumerate.

Anyone who has designed a crocheted blanket has spent time thinking about proportion, the relation of one section to another, fractions, how shapes intersect and so on. One of Ashforth and Plummer’s pieces is basically just a bunch of knitted mitred squares with a mathematical gloss. 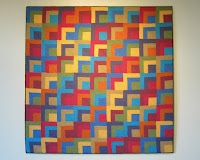 I did a cushion using the same technique without even realising I was doing maths. 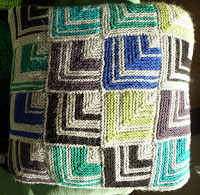 Lots of people make Fibonacci scarves. Craft web site Ravelry has over a hundred designs using the Fibonacci sequence, from scarves to stuffed animals. They also have hyperbolic crochet, pseudospheres, algebraic socks and a Lorenz manifold, which is pretty damn cool. 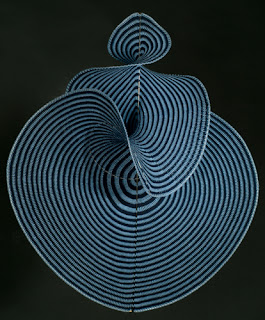 Many quilters use geometry in their designs. The Canadian quilter Libs Elliott goes further and uses coding to generate random formations of geometric quilts. 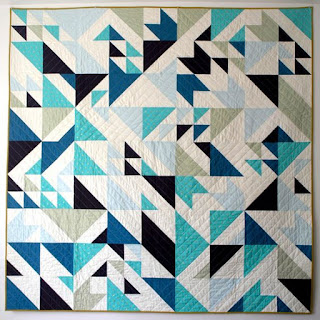 And of course, in the Arab world, geometric patterns have been used for around a thousand years in carpets, tiles and hangings. 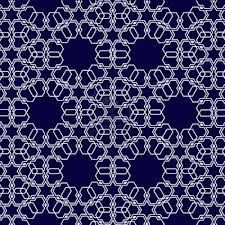 Fractals are another maths thing widely used in art and craft, like this fractal necklace by Marc Newson. 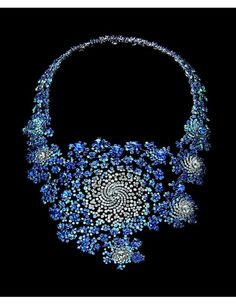 I could go on but you get the picture. Or the quilt. Or the scarf.

How interested are kids in something crafted anyway? Does a six year old really care about afghan technique or how many hours went into making it?

The couple run school workshops teaching kids to knit just enough to collaborate on their own craft project for a wall hanging in the school, with a bit of added maths. This is the core of their teaching work and, judging by their website, seems to be successful in helping kids to work together and learn social skills. Making something yourself is always satisfying, especially for children. But there’s no metric for gauging how much maths the children learn or whether the workshops benefit them in their studies. Judging from this teacher’s report, they learnt far more about knitting and teamwork than maths.

The pieces the couple produce themselves are nothing special as craft or as mathematically produced objects. They sell patterns for many of their pieces and also other things like knitted toilet roll covers, dolls and puppets which are, frankly, the kind of thing that’s left over after a village hall bazaar. 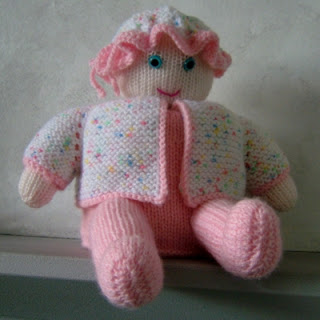 They are not some amazing novelty act, they are a very small part of a long and varied tradition of using maths to create a wide range of arts and crafts. Treating them as something special ignores this tradition and the people, amateur and professional, who do it every day, as well as the work of professional maths communicators.

So, to Cast Off, putting a maths or science gloss on a piece of craft does not make it unique or wonderful. If you can find a simpler way to make maths accessible, don’t spend thousands of hours on it. Crafters have been using maths for generations. There are far better teaching aids and examples of maths-based crafts available. The Science Museum is surprisingly easy to impress. It's all a bit Emperor's New Clothes.