In 1997 a mathematician at Cornell figured out how to make a model of hyperbolic space that her students could handle so they could understand the concept better. Dr Daina Taimina got the idea from William Thurston but his paper models were too fragile to be of practical use. Crochet to the rescue.

With hyperbolic space, as you move away from a point, the space around it expands exponentially. While all spheres have the same form, hyperbolic surfaces can differ substantially. This quality is characterized by the radius of the plane; the more crenellated the surface, the smaller its radius and the flatter the surface, the greater its radius. A regular Euclidean plane can be thought of as a hyperbolic plane of infinite radius.

To show you what this means in practice, here are my own attempts. This is what one looks like after just two rows of crochet: 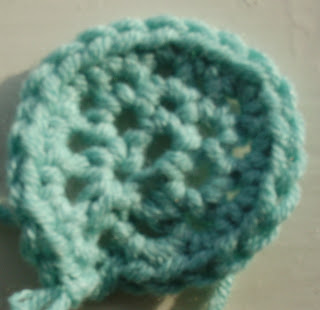 And after four rows: 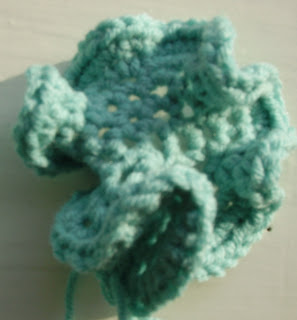 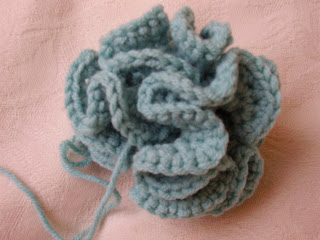 And eight (at which point, I ran out of yarn): 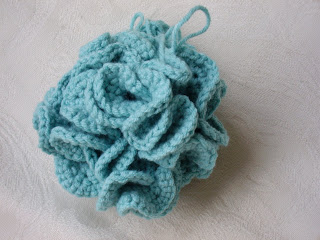 The width is 9cm and the edge measures over 2.5m. Dr Tamina's biggest one had a width of 4 inches, a perimeter length of 369 inches and weighed nearly a pound.

The photos are not great quality, but you get the idea. There are some better quality ones here. For mathematicians, an increase is made every Nth stitch so the number of stitches from one row to the next is in the constant ratio N to N+1. For crocheters, I used a 3.5mm needle, double acrylic yarn and started with a ring of 6 stitches then increased in every stitch, working in double (or, if you're American, single).

There are examples of hyperbolic geometry in nature, like lettuce, kelp, sea slugs, flatworms and nudibranches. Margaret and Christine Wertheim of the Institute for Figuring have made a crocheted coral reef with kelps, anemones, sea slugs and corals by using variations and permutations of the basic algorithm. Crocheters all over the world have contributed and there are now many sub-reefs, like the Bleached Reef: 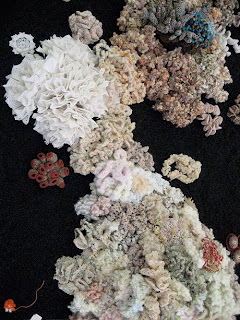 After which, my own little sea creature looks a bit lonely:

It's really really easy to do. Who says maths can't be fun?

Next time, the science of kittens and pink things.